What comes to mind when you hear the word “creativity”? A painter toiling away at a canvas into the wee hours of the morning? A composer spending hours on a new piece until it’s perfect? Or maybe an actor bringing an audience to tears with the right word said at just the right time?

What about that final project you have due for your Intro to Anthropology class? I don’t know about you, but if you’d asked me a couple years ago if creativity had anything to do with course work, I probably would have said something like,

“Well, sure, but only if you have a creative major like art, creative writing, music, drama, or dance.”

What I’ve realized lately, however, is that my assumptions were all wrong. Creativity absolutely has a place in your studies, no matter what your major is. To excel at college-level work, you have to think creatively.

That’s why in today’s post I’m going to break down what exactly creativity is, how you can practice it, and how you can apply it to your studies.

Want to listen to an audio narration of this article? Just click play below:

Additionally, you’ll find this narration included in the College Info Geek Podcast feed. If you haven’t already, you may want to subscribe! 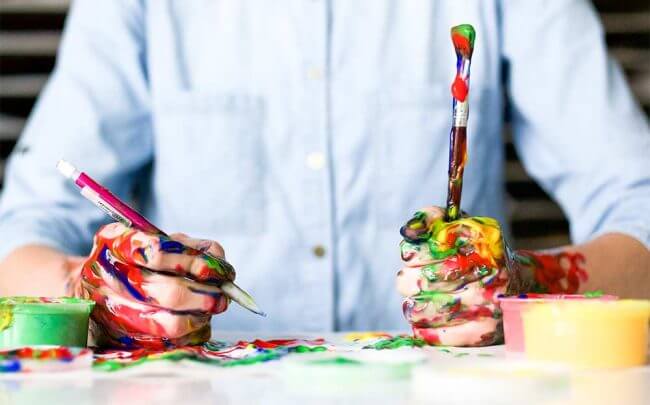 Like love and the recipe for the perfect burrito, creativity is a difficult thing to define. This hasn’t stopped scientists from trying, though. As neuroscientist and psychiatrist Nancy C. Andreasen explains, attempts to study creativity usually fall into two categories: “little c“ and “big C.”

A classic test of divergent thinking would be to ask people a question such as, “How many uses can you think of for a brick?” The idea is that the more uses a person can come up with, the more creative they are.

But “little c” isn’t the only method for studying creativity. As Andreasen explains, such tests are based on the assumption that creativity = divergent thinking. This, she argues, is not necessarily the case, since there are equally creative achievements that are the result of convergent thinking. She cites the mathematical accomplishments of both Newton and Einstein as examples. 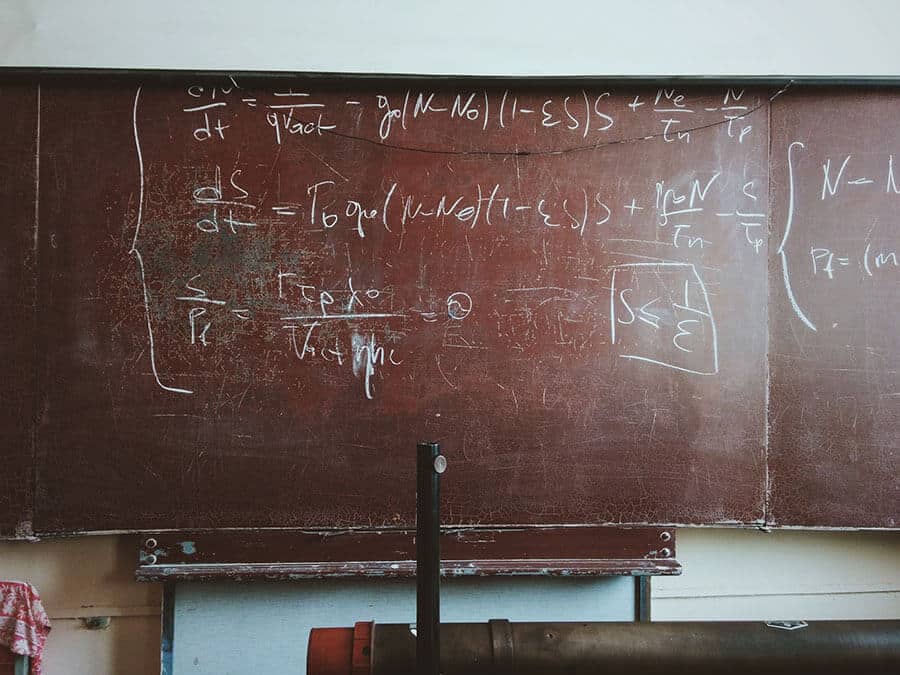 Because of this discrepancy, many researchers also study “big C.” The “big C” approach starts with a group of people who are already recognized as being highly creative and then attempts to study them in order to reverse engineer a definition of creativity.

This approach also has its problems, since it involves a subjective assessment of creativity, not to mention neglecting all the highly creative individuals who just haven’t been lucky enough to achieve wide recognition.

Since science is still unsure exactly how to define and quantify creativity, I think that popular and philosophical definitions of creativity are just as helpful. My favorite definition comes from author Denise Shekerjian, who defines creativity as,

“…the idea of connecting two unrelated things in an efficient way.”

Shekerjian’s definition gets at the idea that creativity is something inherently wondrous and even magical. It’s the surprise that comes when you or someone else notices and articulates an unlikely connection.

With all this being said, is creativity something that you can learn and practice? Absolutely. Creativity is hard, but it is a skill you can cultivate. You just need the right approach…

Why Creativity Matters to Studying and School

“Creativity is a process, not an event.”

Now that we have a working definition of creativity, we need to discuss why exactly it matters so much to the work you do for school. The simple answer is that rote memorization can only get you so far.

When you were in high school, it was probably enough to just read the textbook, take notes on the lectures, and then memorize the appropriate terms and facts. If you did even that much, you were usually guaranteed a good grade.

For instance, let’s say that your philosophy professor assigns you to write a paper on the meaning of life. If you want to do well, it’s not enough to write a paper summarizing the opinions of different academics on the topic. This will get you part of the way, but to make your paper shine you need to comment on and critique the existing arguments, integrating them into your own original answer. Activities such as this are inherently creative.

Furthermore, creativity is essential if you want to distinguish yourself. This is true while you’re in school and after you graduate. Devising creative solutions to novel problems helps you stand out in a good way. Particularly as many work tasks become increasingly automated, creativity is a skill that will only become more valuable.

This is not to say, of course, that creativity can replace hard work. Deliberate practice is still essential to mastering your discipline. Nothing can replace putting in the hours (at least, until our world becomes like The Matrix and you can download ju-jitsu directly into your brain).

Nonetheless, creativity can augment your learning in many different ways.

How to Apply Creativity to Your Course Work 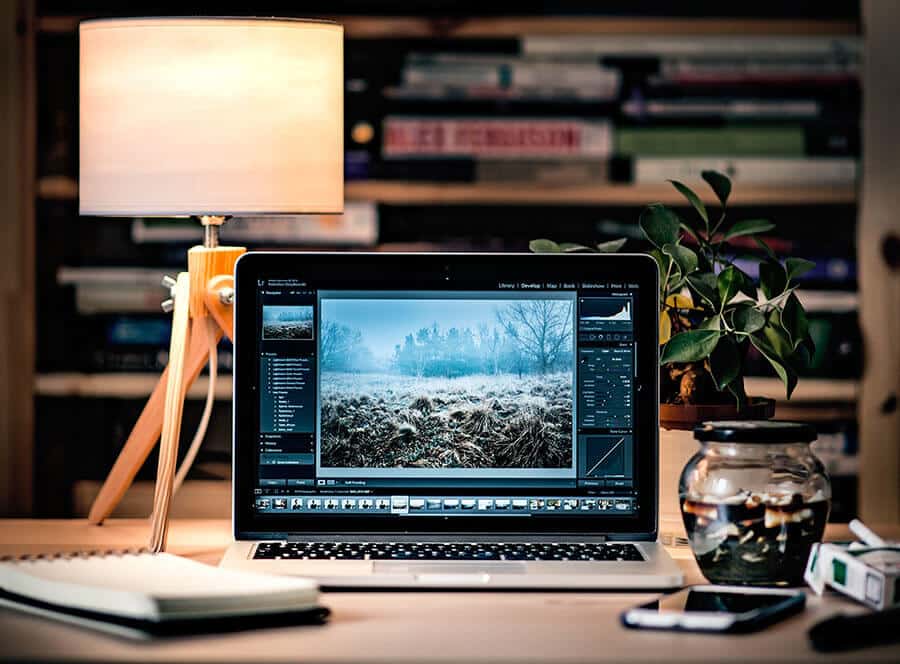 So what does a creative approach to studying look like day-to-day? Well, that depends on the type of work. In general, the creative approach is best when you need to create new information, devise a novel solution, or retain a large number of complex facts.

For instance, creative thinking is highly valuable when working on a math problem without a straightforward solution (or multiple solutions). I can’t claim to know much about math (certainly not at the college level), so I’ll defer to Kai Brunkalla, a professor of mathematics at Walsh University.

In his paper “How to Increase Mathematical Creativity – An Experiment” Brunkalla argues that creativity is involved in the following three areas of mathematics:

Additionally, creative approaches are very powerful for memorizing large volumes of information. Specific methods include mnemonics and the method of loci. I’ll explore each in detail below to give you an idea of what’s possible. 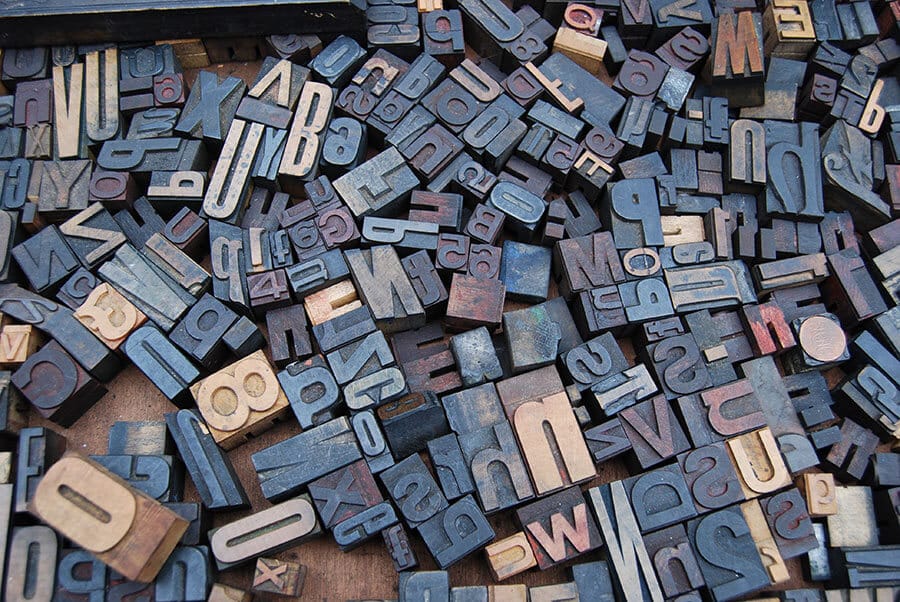 You’re probably familiar with mnemonics already. A mnemonic is simply “a device such as a pattern of letters, ideas, or associations that assists in remembering something.” Really, they can be anything. A classic example is using “H.O.M.E.S” to remember the names of the Great Lakes:

But mnemonics can also include stories and bizarre images. For instance, in his book Why Spanish Is Easy, polyglot Benny Lewis describes how he used mnemonics to quickly memorize Spanish vocabulary. To memorize the Spanish verb “caber” (“to fit” in English), Benny came up with an image of a bear trying to fit into a taxi cab. Associations like this are so absurd that you’re guaranteed to remember the word’s meaning.

As you can imagine, mnemonics are useful in dozens of fields. With the right amount of creativity, you can devise a mnemonic to help you remember almost anything. 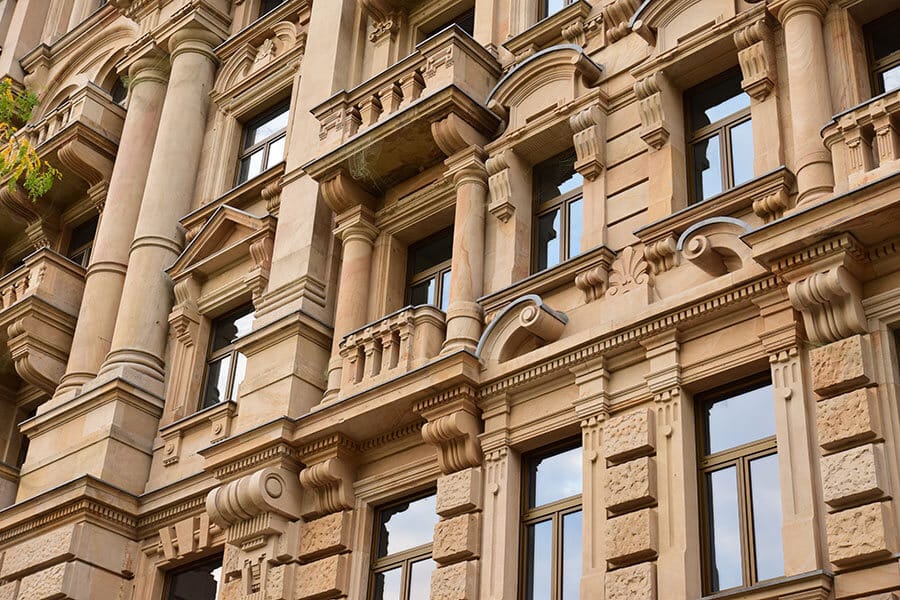 Mnemonics are great for most kinds of memorizing you’ll need to do for school. Sometimes, though, you need to remember an absolutely absurd amount of information. Think all the muscles in the human body or the capital cities of every country in the world. If this is the case, then the method of loci may be the approach you need.

Technically, the method of loci is a mnemonic device. It just takes things a bit further than your standard verbal mnemonics.

To use the method of loci, you first take an environment that you’re very familiar with. It could be anything, though I’d recommend using your childhood home, since that’s likely to be well-established in your memory.

Each location in the environment becomes a “locus,” a place associated with a specific category of thing. Within each locus, you then imagine ordinary objects and associate them with the information you need to remember.

Taking our example of the capital cities of every country in the world, you would first need to decide how to divide the countries to correspond with the locations in your environment. The details will depend on your situation, but I might, for instance, decide that each room in my house is a geographic region or continent.

From there, I could associate the country and capital with specific objects. So my kitchen might represent Eastern Europe, and within that I might associate Budapest, Hungary, with my kitchen sink.

All throughout, this process requires large amounts of creative thinking. Consider how superior this process is to just rote memorization or even to flash card techniques.

I’m just scratching the surface of creative memory techniques, so if you’re curious to learn more I suggest starting with the Wikipedia article on mnemonics or checking out the book Moonwalking with Einstein by Joshua Foer.

How to Practice Being Creative Outside of School

As I said in the beginning of the article, creativity is a skill that you can learn and practice. But how exactly do you practice it? Sure, you can always adopt creative approaches to new course work, but if you don’t want to risk your grades there are plenty of other ways to practice being creative. In addition, these are all great stress relievers and many of them can help you make new friends.

Here are a few ways I’d suggest practicing creativity outside of the classroom:

And these are just a few ideas to get you started. I’ve no doubt you’ll find dozens more on your own. 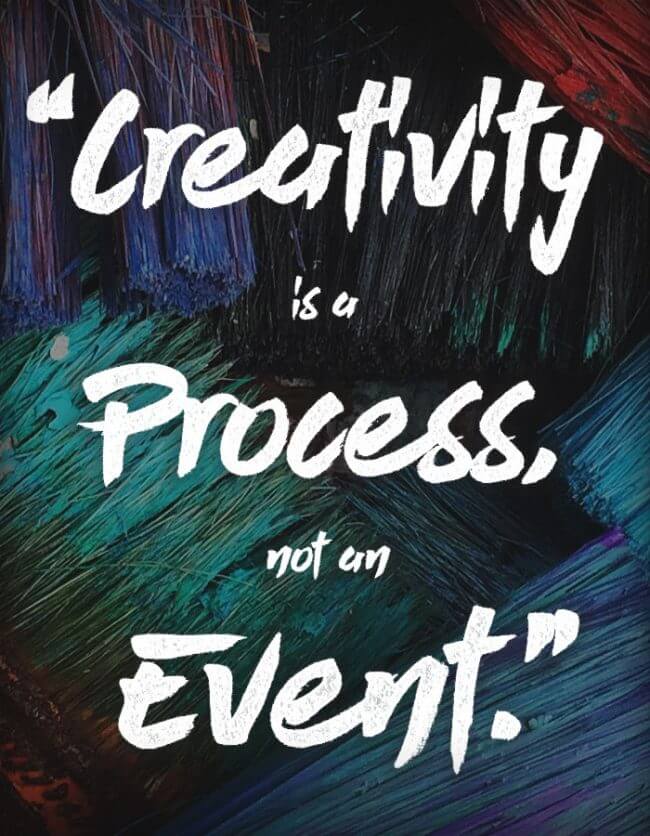 There’s no manual for being creative. It’s an inexact process that science still struggles to measure. But the benefits of creativity both in college and beyond are undeniable. I hope this post has given you some ideas for bringing more creativity to your studies.

What questions do you have about creativity? How do you use creativity in your course work? Share your suggestions in the comments section below or start a discussion in the CIG community.