It’s not about any of these things…and yet it’s about all of them…just without the quick fixes.

Today’s post explores a couple of the central concepts from Cal Newport’s new book Deep Work: Rules for Focused Success in a Distracted World . These concepts (along with a few others), are key to the “mental superpower” that, with a lot of hard work, can help you achieve all the ambitious goals mentioned above.

“Deep Work: Professional activities performed in a state of distraction-free concentration that push your cognitive capabilities to their limit. These efforts create new value, improve your skill, and are hard to replicate” (3).

Newport argues that deep work, applied correctly, can be the difference between a mediocre career and an outstanding one, between a frustrating life and a satisfying one.

Central to deep work are two key skills: embracing boredom and learning to do hard things. In today’s post, I’ll give an overview of what these skills are, why they’re important, and how you can start using them in your own work.

Come along as I (hopefully) convince you that we’d all be better off if we did more challenging work and were bored more often.

When was the last time you were bored…for more than a few seconds? If I’m being honest, it’s probably been a while since I have. At first, that sounds like a great thing. Boredom is something foolish, a symptom of laziness…right?

Well, maybe not. I used to think so, but after reading Deep Work, I now realize that boredom may be more vital than I ever imagined. Boredom may even be a luxury, something to prize and protect in a culture obsessed with business.

For certain, boredom isn’t sexy. In a culture that idolizes glamor and sexiness, boredom is the enemy. What’s the point of it, of doing nothing and having nothing to do? To combat boredom, we’ve come up with every kind of possible distraction. Whether it’s social media (what Newport calls “network tools”), “edutainment” sites like BuzzFeed or Reddit, the latest addictive phone game, or good old Netflix, it’s actually a challenge anymore for most of us to be bored.

“But isn’t that a good thing?” you ask. “Doesn’t this show how far we’ve come as a culture?” In one way, yes. The quest to eradicate boredom has produced some impressive technologies, but in the process, according to Newport, it has also eroded our ability to focus.

Constantly fleeing boredom by, for example, checking your phone while in line at the grocery store actually rewires your brain…and not for the better. Newport cites the research of Stanford communications professor Clifford Nass, who studied the effects of constant attention switching when using the Internet.

His findings were as follows:

“People who multitask all the time can’t filter out irrelevancy. They can’t manage a working memory. They’re chronically distracted. They initiate much larger parts of their brain that are irrelevant to the task at hand… they’re pretty much mental wrecks” (157).

Here at CIG we’ve talked a lot in the past about how important it is to work without distractions, but Newport’s work was the first place I had seen the idea that constant distraction outside of work could harm one’s ability to focus.

As Newport explains, though, it’s no different than athletic performance:

“Much in the same way that athletes must take care of their bodies outside of their training sessions, you’ll struggle to achieve the deepest levels of concentration if you spend the rest of your time fleeing the slightest hint of boredom” (157).

When we realize that studying well requires intellectual combat, it makes perfect sense that to perform at our peak our minds must be in peak mental condition. Just as you wouldn’t expect to sit on your ass every day eating donuts and then go out one day and run a marathon, so you wouldn’t expect to spend every moment outside of work distracted and then suddenly be able to sit down and write a novel.

I would also add another benefit of boredom that I’ve found in my life: boredom forces you to learn to be alone with your own thoughts. Which can be a scary thing sometimes. Much of the distraction machines out there exist, in part, to help us forget the things that weigh on our minds. But when we reject the quick fix of distraction and instead learn to be at home with ourselves, we can also begin to grow as people.

Distraction addiction, like many other addictions, usually has some cause that runs deeper than just the habitual/chemical craving.

Once you’ve begun to shun constant distraction and train yourself to focus deeply, you can turn to the real work: doing hard things. 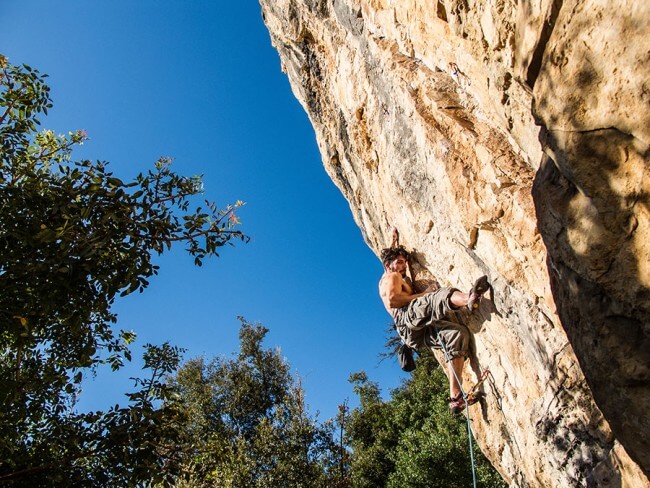 Culturally, I think our attitude toward hard things is a lot like our attitude toward boredom. Hard things are something to be shunned. Particularly in a world where monumentally complex tasks are effortless (when was the last time you checked the weather with a barometer or made your own clothes?), doing something hard is rather novel.

Unlike boredom, however, the cultural attitude toward hard things is a bit more complex. In theory, people welcome challenges. It’s everywhere in the rhetoric of fitness, for instance. Slogans like “push your limits” and “feel the burn” are everywhere.

But how often do people really take these slogans to heart and really challenge themselves in the gym? You need look no further than last year’s failed weight loss New Year’s resolutions for the answer.

Actually doing hard things (and doing them consistently) is much rarer. But this rarity, according to Newport, is one of the things that makes difficult tasks so worth undertaking.

“Our work culture’s shift toward the shallow (whether you think it’s philosophically good or bad) is exposing a massive economic and personal opportunity for the few who recognize the potential of resisting this trend and prioritizing depth” (8).

Newport looks to the technological advances that will shape the future and predicts that those who do not learn to do high value, difficult to replicate tasks will become irrelevant…or at least poorly paid:

“To remain valuable in our economy, therefore, you must master the art of quickly learning complicated things. This task requires deep work. If you don’t cultivate this ability, you’re likely to fall behind as technology advances” (13).

He encapsulates this difference between skill levels with the example of a technology all too familiar to most of us:

“The real rewards are reserved not for those who are comfortable using Facebook (a shallow task, easily replicated), but instead for those who are comfortable building the innovative distributed systems that run the service (a decidedly deep task, hard to replicate). Deep work is so important that we might consider it, to use the phrasing of business writer Eric Barker, “the superpower of the 21st century” ” (14).

If your work involves tasks or skills that are easily automated or outsourced, you could very easily go the way of many American factory workers and be out of a job.

Now, don’t panic. You’re a College Info Geek reader. You’re further ahead than you think. If you learn to cultivate deep, difficult to replicate skills, you won’t just survive–you’ll thrive.

“Human beings, it seems, are at their best when immersed deeply in something challenging” (84).

Much unhappiness, Newport contends, comes from frantically switching between shallow tasks, something that is all too often the lot of today’s knowledge workers. When you instead turn your mind to focus intensely on something that stretches your mind, you experience the opposite: deep satisfaction.

Being immersed in a task for extended periods of time also leads to the elusive flow state, what people often describe as “losing themselves in their work.” Those of you that have experienced it know how magical and refreshing it is, and according to Newport, deep focus on challenging tasks is the best way to reach it:

“The best moments usually occur when a person’s body or mind is stretched to its limits in a voluntary effort to accomplish something difficult and worthwhile” (84).

So next time you think, “What should I do today?”, I’d suggest you try something hard. It just might save your career… and your sanity.

My Experience with Deep Work 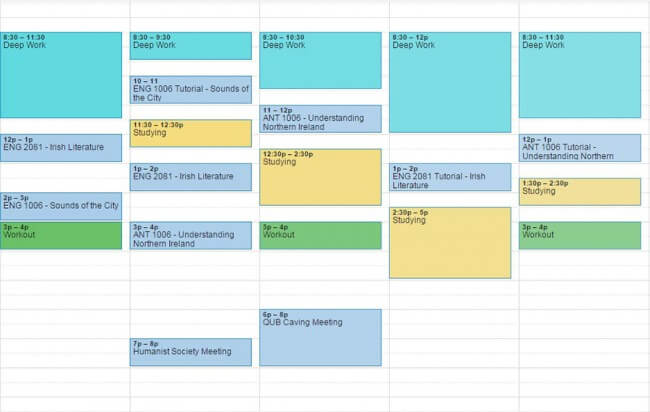 Since I’ve only recently learned about deep work myself, I’m still experimenting with how to practice it. As a writer, I can definitely see the value of deep work for honing my craft, but as with many worthwhile things, deep work is fun to imagine but difficult to implement.

I’m making a start, however through a few changes to my schedule and work environment:

How has it gone so far? I certainly haven’t been as consistent about it as I intended. In the first week, I tried to build the deep work habit, I found that I was staying up too late to get up at the time I planned. Realizing this, I added the new rules in Freedom to limit my ability to stay up late messing around on the Internet.

I’ve spent so many years being distracted and fleeing boredom that the deep work habit isn’t going to happen overnight. I’m convinced, though, that it’s a worthwhile habit to build.

How You Can Get Started

“The key here isn’t to avoid or even to reduce the total amount of time you spend engaging in distracting behavior, but is instead to give yourself plenty of opportunities throughout your evening to resist switching to these distractions at the slightest hint of boredom” (165).

Convinced of the value of cultivating deep focus and embracing boredom? Want to try making it a part of your life?

Here are a few things you can do to begin:

Above all, don’t get discouraged. This isn’t easy stuff (if you’re doing it right).

Hopefully, you now realize that embracing boredom and learning how to do hard things are not just worthy goals–they’re essential to professional success and personal satisfaction. I’ll warn you: these aren’t popular ideas, and living by them may get you some funny looks. Take that as a sign that you’re on the right track.

This article covers just a couple of the dozens of valuable concepts in Newport’s book. I encourage you to read the full book for even more wisdom and advice.

So, what do you think about deep work? Have you tried it in your own life? Share your thoughts in the comments below.