How do you define “productivity”?

If you ask me, a good working definition would be something like this:

Productivity: The art of getting your brain to stop acting like a Red Bull-fueled chimpanzee long enough to actually get some work done.

Now, I think some people – especially Tim Urban from Wait But Why – would agree with me and call that a perfectly adequate definition. However, other people can probably put it a bit more eloquently.

One of those people is my internet friend (I don’t own enough coats to go visit him in Canada) Chris Bailey, who has been a guest on two of the most popular CIG Podcast episodes:

Chris is a fantastic writer and has been pointing me to useful productivity techniques ever since I discovered his blog A Life of Productivity a couple years ago.

A few months back, he leveled up from simply blogging and published a book called The Productivity Project, which collects many of the lessons he’s learned through years of conducting productivity experiments, interviewing experts, and digging through research on how humans work (or fail to do so).

This book is essentially a breakdown of all the main aspects of productivity, including time management, focus and attention, procrastination, sleep, caffeine, internet distractions, and more. It’s a pretty comprehensive overview of the topic, and as a result, I found it to be a pretty useful read – even as someone who’s been experimenting with my own productivity in a pretty deliberate way since I started college.

I finished reading the book last week – it was the 7th book in my ongoing challenge to read more books (if you’re curious, you can see my progress here) – and today I’d like to share five lessons from the book that stood out to me. Hopefully you find them helpful!

If you can’t see the video above, you can watch it on YouTube. 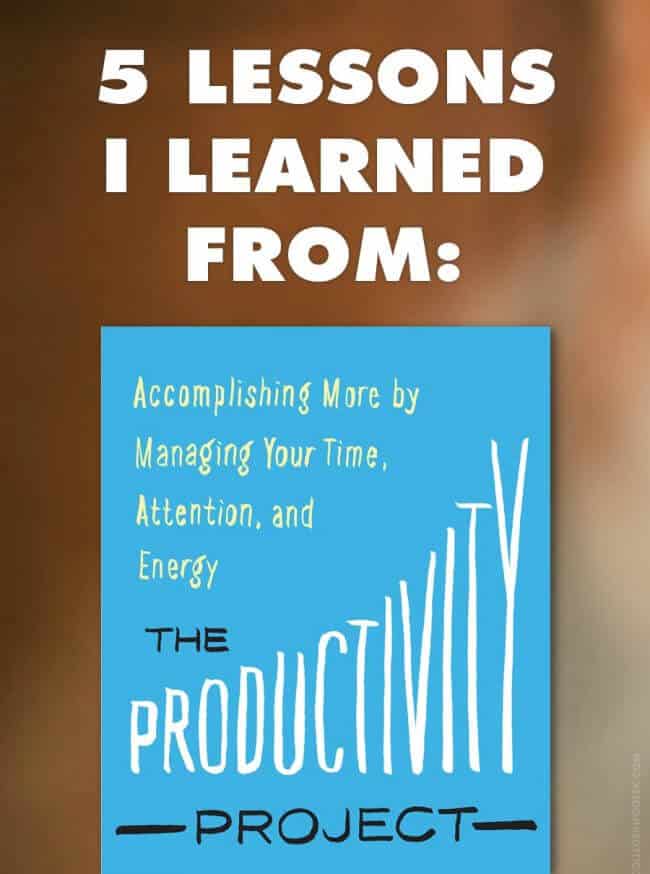 1. Productivity = The Management of Time, Attention, and Energy

The full title of Chris’ book is The Productivity Project: Accomplishing More by Managing Your Time, Attention, and Energy – and the subtitle communicates Chris’ big, huge idea quite clearly.

Put simply, productivity is product of managing your:

All three elements are equally important, and I believe that fact needs to be stated outright, as time management typically gets the most focus during discussions about productivity. 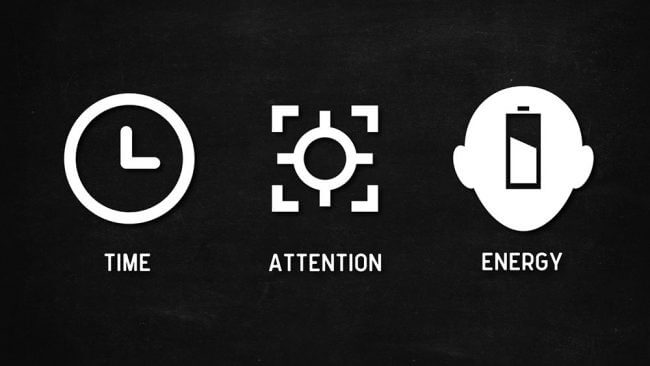 For the majority of people living 50 years ago, time management truly was the most important element of productivity. At that time, many people worked in factories or on farms; their daily tasks were often repetitive and simple – or, at the very least, they required skills that could be used largely on autopilot once acquired. Managing energy and attention wasn’t quite as important when you simply punched in, did your job, and punched out.

Today, most of us have shifted to doing work that’s a lot more complex. It also requires a lot more creativity, focus, and mental energy. Our environment is more distracting than ever, so procrastination is easy and focus can be harder to come by. Due to this shift in the nature of our work and our environment, it has become vitally important that we pinpoint and manage the factors that affect our energy and attention in addition to our time.

Essentially, we’re all juggling limited resources, and we need to ensure we’re optimizing our routines and behaviors to tend to all of them. This is a high-level lesson, but you can “apply” it by simply thinking deliberately about all three elements when you’re trying to pinpoint the source of a productivity problem.

Additionally, thinking of productivity as the product of time, energy, and attention can help you avoid the trap of believing that more hours worked = greater productivity – which can cause you to give up things like adequate sleep, exercise, and regular breaks in favor of working more.

Procrastination is a complicated topic, as it’s pretty much a catch-all term for a complicated war between your brain’s prefrontal cortex and limbic system – and brain biology isn’t the simplest of topics.

However, procrastination researchers have identified six particular “triggers” that contribute the most to making us procrastinate on a task. A task is will be aversive if it is:

The more triggers a task has, the more averse you’ll be towards it.

Knowing about these triggers is useful, as you can use them to pinpoint exactly why you’re procrastinating on a particular task. Using that information, you can then devise solutions to make the task easier to get into.

For instance, a boring task can be made more fun by going to location you like (maybe a coffee shop, or the inside of the local dump’s trash compactor – which that guy you passed on the street swears isn’t used anymore). 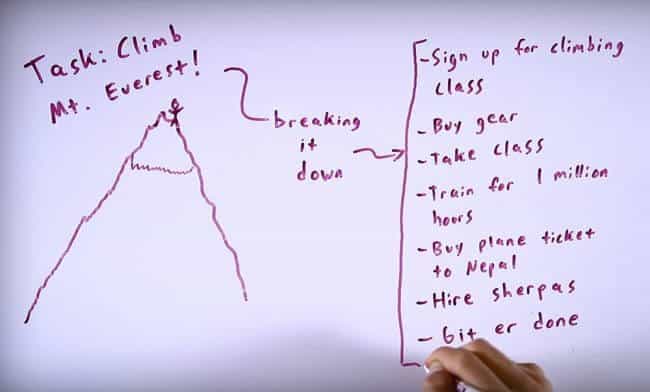 Likewise, a difficult, unstructured task can be improved when you break it into smaller, well-defined steps and place those steps in the proper order (see The Captain America Method). Once that’s done, you’ll know exactly what needs to be done next – and it’ll be a small, manageable sub-task.

In the book, Chris calls it your Biological Prime Time, and a key insight is that it’s personal. Not everyone will have the same BPT, so it’s important to figure out what yours is.

Chris discovered this fact over the course of two different experiments. First, he decided to test that old adage by our good friend Ben Franklin:

“Early to bed, early to rise, makes a man healthy, wealthy, and wise.”

To that end, he started waking up at 5:30 A.M. every day in order to see if becoming an early riser would help him become more productive. It didn’t.

Instead, it became one of the few experiments he decided to quit early; not only did waking up early not help his productivity, but he also simply hated doing it. It didn’t fit his biological clock or his style of working and living.

This is congruent with the research I cited in my video on how to wake up early; while some people benefit from doing so, there’s no evidence to show that it’s a universally beneficial practice. Instead, you should work to discover your body’s natural sleep schedule and rhythm of energy level fluctuations.

After the failed early wake-up experiment, Chris set out to discover what his BPT was, so he spent a couple of weeks tracking his hourly energy levels using a 1-10 scale. Afterwards, he learned that he had the most energy during the 10 a.m. – 12 p.m. and 5 p.m. – 8 p.m. time periods. 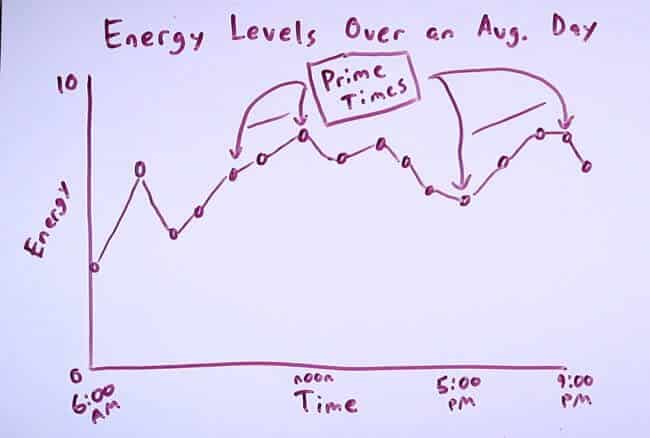 From then on, those periods of time became sacred – reserved only for his most challenging/rewarding work or for spending time with the people he cared about. Other things – meetings, maintenance tasks, etc. – were relegated to other hours.

You might not have the same level of control over your daily schedule that Chris does, but it still would be valuable to figure out when your BPT is and then to take steps to sync it up with your most challenging work.

4. Our Future Selves are Strangers

“I’ll have plenty of time to do it in a couple weeks.” – you

How many times have you agreed to too many commitments in the future, or procrastinated on a project, thinking you’d have time for it later? Most of us are guilty of these crimes against our future selves – and as it turns out, there’s a scientific reason for why we do it.

Hal Hershfield, a psychologist at UCLA, discovered this by asking research subjects to describe themselves, both presently and 10 years in the future, while their brains were scanned by fMRI machines. They were also asked to talk about other people.

Upon analyzing the results, Hershfield discovered that neural patterns evoked while thinking about one’s future self are most similar to the patterns that come up when thinking about strangers. 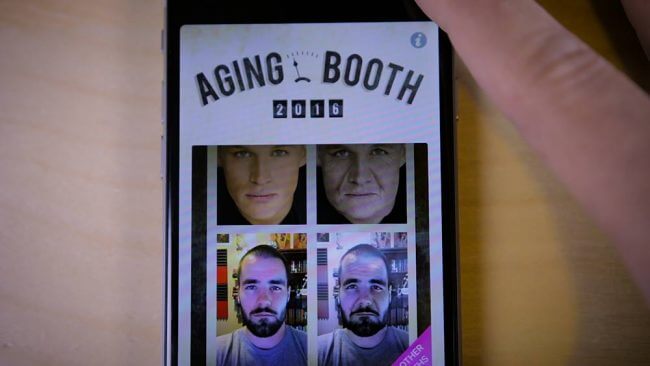 To counteract this fact, Chris used an app called AgingBooth to create an elderly-looking picture of himself. By looking at it, he says he’s less inclined to push work and extra commitments onto his future self. In the same vein, he occasionally writes letters to his future self as well using FutureMe.

This final lesson actually comes from a book Chris read early on in his own productivity research. In Getting Things Done, one of the most well-known books on productivity (and incidentally one I haven’t read), author David Allen advises creating a “waiting for” list in addition to your normal to-do list. 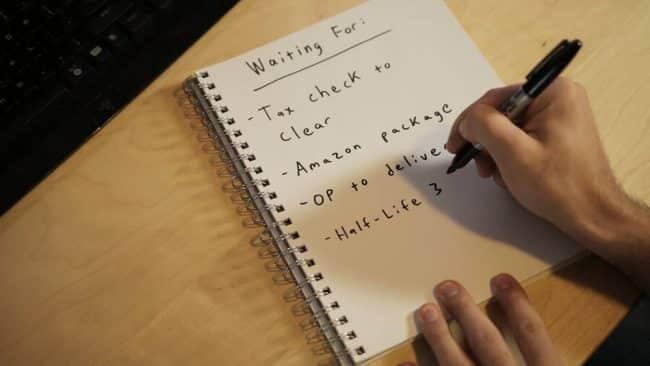 The “waiting for” list is a place to keep track of anything that requires action from other people before you can complete it or continue working on it. This could include things like:

By separating these items into their own list, you ensure they won’t fall through the cracks without letting them clutter up your more action-oriented task lists. It’s a good idea – just remember to check on it regularly!

Overall, I enjoyed reading this book and found it to be quite useful. Unlike other productivity books, Chris doesn’t really recommend a specific system or set of tools here. He’s not out to construct a system and then prescribe it to you (unlike GTD).

Rather, his book tackles individual productivity topics, breaks them down, and provides solutions based on Chris’ own experiments or expert research. It’s an approach I like, as I’m not the kind of person that tends to stick with one tool for long. I like switching up my systems regularly to keep things fresh.

Additionally, each chapter ends with a challenge designed to help you put what you’ve just learned into action. Personally, I didn’t stop reading to do the challenges – but I think they could be useful for many people.

If you’d like to read this book, you can support this site by buying through this link:

You can also check out my list of Essential Books for Students if you’re looking for more recommendations!

If you liked this video, subscribe on YouTube to stay updated and get notified when new ones are out! You can also discuss this episode in the CIG community.

Photo Credits: A Day in the Life of a Munitions Worker, Workmen assemble universal carriers (army vehicles) on the assembly line at the Ford Motor Co. by BiblioArchives / LibraryArchives (CC BY 2.0), larsson_plowing by Art Gallery ErgsArt (Public Domain Mark 1.0), Woman in Factory, Startup, Image, Coffee Shop, Clock by Christian Shannon from the Noun Project, Energy by Rudy Jaspers from the Noun Project, Focus Tool by Creative Stall from the Noun Project