For quite a while now, I’ve been fascinated by Elon Musk’s (as well as his various teams’) ability to accomplish incredibly difficult things – often on a ridiculous schedule.

Love him or hate him, it’s hard to deny that Musk is a pretty productive guy. And, as someone who loves digging into the habits of successful, productive people, I recently started to wonder:

What are the habits, practices, and mindsets that drive Elon Musk’s ability to get things done?

Or, in other words – what aspects of the way that Musk works and thinks can we adapt in order to improve our own level of productivity?

After reading Ashlee Vance’s book Elon Musk: Telsa, SpaceX, and the Quest for a Fantastic Future, as well as digging into some of Musk’s Reddit AMAs and past interviews, I’ve identified five lessons that anyone can apply to their lives, starting with one that’s deceptively obvious…

Yep, the first habit is showering. Hear me out.

In a 2015 Reddit AMA, one of the most upvoted questions was:

“What daily habit do you believe has the largest positive impact on your life?”

To which Musk simply replied, “Showering.”

Now, I will admit that my initial reaction to this answer was that Elon was basically trolling this person – and hey, it’s possible that he was.

Thinking about it a bit more deeply though, I was reminded of a related, yet broader truth that I’ve come to learn: When I take my personal appearance seriously, I take my work more seriously.

If I wake up, shower immediately, and put on nice clothes, then I’m more likely to have a really productive day. On the other hand, if I skip showering (I’m not too proud to admit that I very occasionally do this) or just throw on a t-shirt and gym shorts, I’m a lot more prone to procrastinating.

This is something that many entrepreneurs learn when they first start working for themselves, and that many students discover when they go to college.

The fewer external structures you have in your life – managers, parents, incredibly tough fairies named Jorgen von Strangle – the more you have to rely on your own willpower and self-discipline to get things done.

And those two traits are surprisingly influenced by your appearance, hygiene, and even the cleanliness and organization of your personal space. I’ve learned this myself time and time again, and I’m willing to say with a high degree of confidence that Musk would agree.

So, if you want to be more productive in your work,  take these things seriously:

“If you make your bed every morning you will have accomplished the first task of the day. It will give you a small sense of pride and it will encourage you to do another task and another and another.”

Set an Example for Your Team

Musk is a famously demanding CEO, expecting his employees to put in long hours, outwork the competition, and eschew pretty much any notion of a work-life balance.

This demanding nature can make him seem abrasive and uncaring; here’s one example from a conversation he had with a Tesla employee:

“I want you to think ahead and think so hard every day that your head hurts. I want your head to hurt every night when you go to bed.”

Despite this, most of Musk’s current and former employees respect him and are willing to sacrifice a balanced life in order to meet his demands. Why?

One reason is that Musk doesn’t expect anyone on his teams to work any harder than he does. In other words, he sets an example.

Musk puts in anywhere between 85-100 hours per week, often working the full 7 days. He’s also developed an intense process of batching tasks in order to be as efficient as possible. 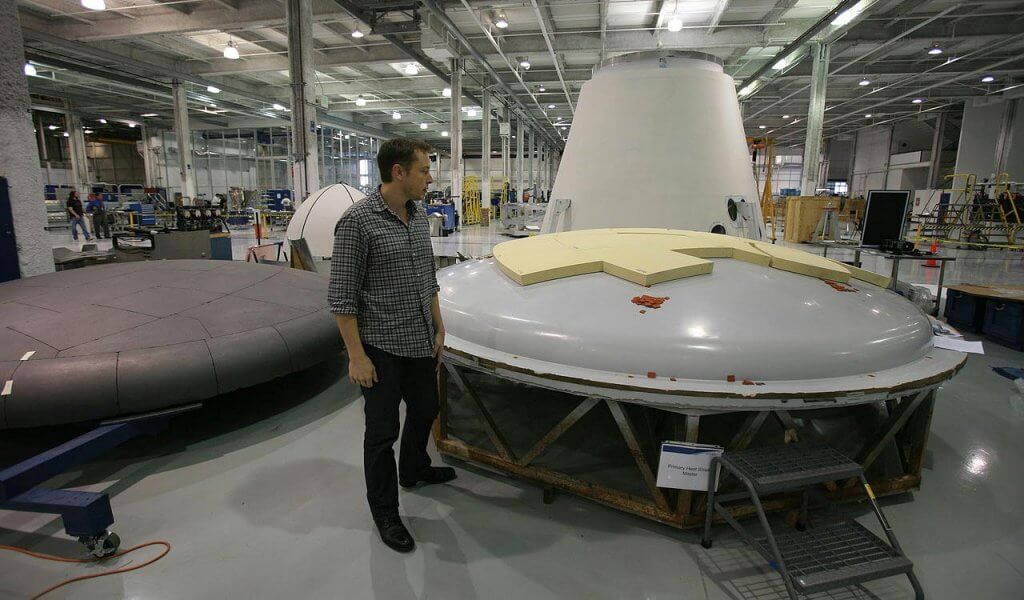 Of course, part of setting an example is making sure that your example is visible to the people whose morale will benefit from it. This is why Musk chose to put a desk for himself right on the factory floor at Tesla, among all the engineers’ desks.

Steve Jurvetson, a Tesla board member, explained Musk’s reasoning for selecting this location:

“He picks the most visible place on purpose. He’s at Tesla just about every Saturday and Sunday and wants people to see him and know they can find him.”

Though he does spend a lot of time away from the desk – attending meetings, traveling to the locations of suppliers, speaking to the media, etc – when he does put in hours there, his team can see him doing it.

“Then, he can also call suppliers on the weekend, and let them know that he’s personally putting in the hours on the factory floor and expects the same from them.“

Here’s how this relates to your personal productivity: deliberately choosing to set a good example for those around you will further motivate you to consistently improve. When you know people are watching – especially the people on whom you’ve placed serious demands – you won’t rest on your laurels.

Plus, when you’re working on a group project or eventually end up in a situation where you’re managing other people, the example you set will help to make your team a more cohesive, effective unit.

One of Elon Musk’s most notorious character traits – or, in the eyes of critics, flaws – is his tendency to set incredibly ambitious deadlines for his companies’ various projects. A former SpaceX executive offered up this poignant analogy:

“It’s like he has everyone working on this car that is meant to get from Los Angeles to New York on one tank of gas. They will work on the car for a year and test all of its parts. Then, when they set off for New York after that year, all the vice presidents think privately that the car will be lucky to get to Las Vegas. What ends up happening is that the car gets to New Mexico – twice as far as they ever expected – and Elon is still mad. He gets twice as much as anyone else out of people.“

I emphasized that last sentence because it perfectly illustrates the power of stretch goals.

If you think you can do five pull-ups, and your coach tells you to grab the bar and do 10, he’s just set a pretty challenging stretch goal for you. And what will happen is that you most likely will fail to reach 10 pull-ups… but you will reach seven.

Often, a seemingly impossible stretch goal is what’s needed for us to push past our preconceived limits. You have to have the guts to aim for something you think you can’t currently achieve; in the pursuit of it, you grow your skills to where they need to be in order to get it done.

This kind of growth doesn’t happen when you keep aiming for things that are just as doable as what you’ve already done in the past. And Musk knows this well.

Some might say he knows it too well – and it’s true that he has a habit of making deadline promises that he often has to walk back. For example, Tesla’s initial plan was to start shipping its Roadster in 2006… a target that was pushed back again and again until the car actually became available in 2008. 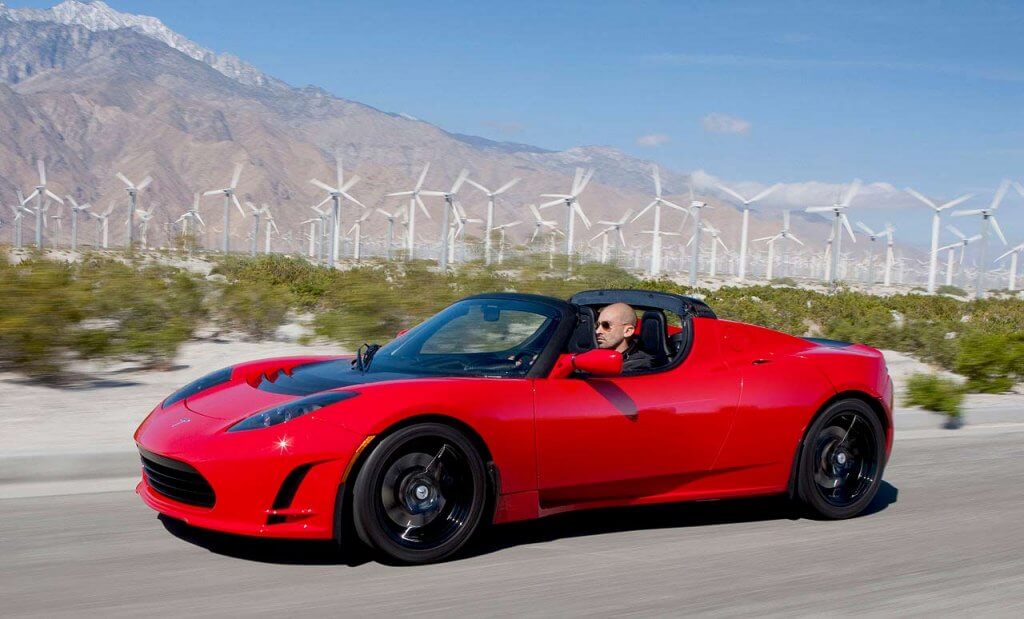 On the flip side, Musk’s stretch goals (and the amazing contributions of his teams – something I don’t want to de-emphasize) have resulted in a world where one of the best cars you can buy is electric, and where we finally have reusable rockets.

Setting goals that maintain the status quo doesn’t get you reusable rockets.

Develop a Wide Knowledge Base

Among other tech company CEOs, Musk stands out as one of the few who actually understands much of the science behind the cars and rockets that his companies create.

This wide understanding of physics, math, computer science, and engineering allows Musk to follow along when his engineers explain problems, and he’s often able to propose solutions that end up working.

His breadth of knowledge also enables him to further push his team to innovate, which drives results that critics and outside experts previously decried as impossible.

Going back to those reusable rockets we were just talking about – in his book, Ashlee Vance notes:

There’s a camp of space experts who think Musk is flat-out wasting his time, and that engineering calculations already prove the reusable rockets to be a fool’s errand.

Musk’s science and engineering knowledge isn’t solely a product of his pre-CEO years. Even as he worked to run his companies, he strove to learn the fundamentals of what his employees were building.

Here’s a great passage from Vance’s book on this:

He would trap an engineer in the SpaceX factory and set to work grilling him about a type of valve or specialized material. “I thought at first that he was challenging me to see if I knew my stuff,” said Kevin Brogan, one of the early engineers. “Then I realized he was trying to learn things. He would quiz you until he learned ninety percent of what you know.”

Musk’s insistence on learning about every aspect of the engineering that goes into his companies’ products makes him a T-shaped person – someone with deep knowledge and skills in one particular area AND a shallow, yet still fairly substantial amount of knowledge in many other disciplines and topics.

By contrast, an “I”-shaped person – AKA a specialist – has deep knowledge in one area, but that’s about it. They stay in their lane.

There are also what you could call “Dash”-shaped people – those with a broad-yet-shallow knowledge of many different topics, but no true expertise in any of them. These are the “jack of all trades, master of none” people.

Becoming T-shaped gives you the best of both worlds; you’ll have enough expertise in one area to make truly meaningful contributions to it – to be world-class – but your broad knowledge base will allow you to look at problems from new perspectives, be more creative, and collaborate more effectively with experts in other fields.

Always Assume You Can Improve

This is, hands down, my favorite Musk quote:

Elon Musk is never satisfied with where he is now; while he may be proud of what he and his companies have been able to achieve so far, he knows that there’s always room for improvement – in every area. There’s always a better, faster, cheaper, or cooler way to do it.

It’s this mindset that enables Musk to, for example, get a $120,000 price quote from a supplier for an electromechanical actuator, laugh, and tell an employee to go build one from scratch with a budget of just $5,000.

(That employee – Steve Davis – ended up building the actuator for $3,900, and the part flew to space inside the Falcon 1 rocket.)

There’s a name for this way of thinking. It’s called the growth mindset, and it’s potentially the single most important factor that separates successful people from their less successful counterparts.

“I can learn anything if I put enough effort into it. If I fail, I’ll just get up and try again – this time with new knowledge of what not to do. My potential is only limited by my willingness to work hard and try new approaches.”

People who don’t think in this way have a fixed mindset. They believe that things are the way they are, that they’re unlikely to change, and that they themselves aren’t the “type of person” to get better.

They may also believe that they way they currently do things is the best way. “If it ain’t broke, don’t fix it.”

This type of thinking is what gets people stuck in ruts. It causes stagnation. Over time, as competition improves, new challenges arise, and time and hardships take their toll, it eats away at any advantage the fixed-minded person may have previously enjoyed.

Meanwhile, those who live a growth-oriented life will make progress. And even if the gains made each day are small, they add up over time.