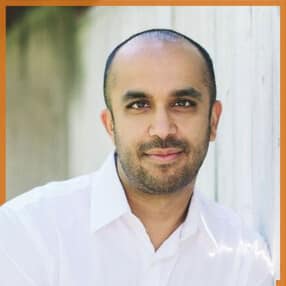 I was a milestone I’d been dreaming about for a really long time, and I was so excited to finally cross it. In my mind, it was the very definition of the YouTube “big leagues.”

The moment came: I hit the refresh button and saw the count go from 99,99-something to exactly 100k. Do you want to know what I felt in that moment?

I felt the most metal feeling of all time – nothing.

Ok, that’s not entirely true. For about five seconds, I was really excited and had to do a few fist pumps and snap a pic for Instagram. But immediately after that, things went right back to normal. A couple of realizations hit me right about then:

The second point brought up a memory from a few months earlier; I was sitting in a session at VidCon, listening to the guys from ASAP Science – a channel with over 4 million subscribers at the time – answer questions. One person asked them if things changed when their channel got big, and their answer surprised me.

It was along the lines of:

“Nope, it doesn’t change anything at all. I remember when we had just started, thinking that it would be totally amazing if we could get 1,000 subscribers. And now, at 4 million, we still look at bigger channels and think, ‘Man, things will be really cool once we can grow that big!”

Despite this truth, many people chase all of the above in a quest to become “happy”. Some of us go to school for years so they can take on ultra-high-paying jobs, thinking that will make them happy – even though those jobs make them work 100 hours a week. Others operate with a sort of tunnel vision – they chase milestone after milestone, not realizing at any point along the way that all the previous milestones haven’t made them happy.

Now, there’s absolutely nothing wrong with having ambitious goals. Working towards challenging milestones is a good thing. However, if you want to be happy, it’s equally important to be deliberate about how you spend the time in between the milestones, and how you set your attitude on a day-to-day basis.

That’s what today’s episode is all about. My guest today is someone who definitely spends a lot of time thinking about happiness, even amidst a busy professional life.

His name is Neil Pasricha, and he’s a best-selling author, was previously an executive at Wal-Mart, and graduated from Harvard with an MBA. Neil started thinking seriously about happiness when he started his blog 1000 Awesome Things, and came to the same realizations I did as his blog hit milestone after milestone.

Now, he’s the founder of the Institute for Global Happiness, and has also recently published a second book – The Happiness Equation – which I’ll talk a bit about below.

In this conversation, Neil and I discuss what it takes to be a happy person. We also talk about skill development – including the mindset mistake many people make, which prevents them from branching out and learning new things.

I loved this conversation, and I honestly can’t wait for an excuse to have Neil back on the show. Hopefully you enjoy it as well! 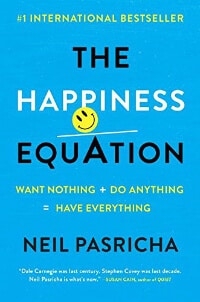 I wanted to talk with Neil on the show because I read his book The Happiness Equation as part of my 3-month reading challenge – and I loved it.

This book started out as a letter Neil wrote to his unborn son while he was sitting on an airplane; from there, Neil revised and added to it in order to create a book sharing everything he’d learned up until that point about happiness – all the lessons he’d learned while earning an MBA, working in a huge corporation, and rubbing shoulders with tons of ultra-successful people – many of whom weren’t very happy at all.

In the book, Neil lays out nine rules for cultivating happiness in your day-to-day life. Some of the lessons contained in those nine rules really spoke to me, including:

This is one of those books that contains many things I’ve already heard at one point or another, but being reminded of them helped me to work on them more deliberately in my own life.

As a result, I really, really liked this book, and I’ve already seen some benefits in my own life from implementing what I learned. Additionally, it’s a quick read!

If you’d like to pick up a copy, you can support College Info Geek by using the link above 🙂 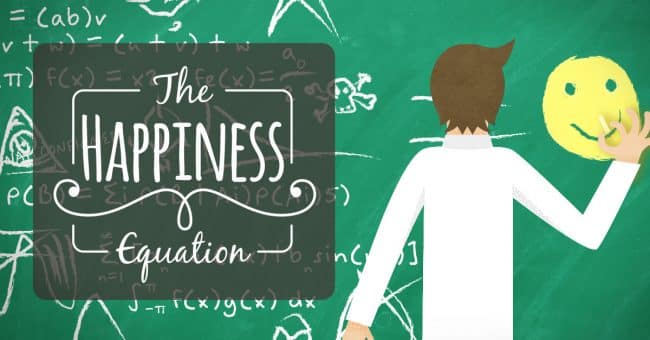