Over the years, I’ve heard people spout tons of pretentious statements like,

“Oh my god, the Analysis of Native American Women Who’ve Fallen Off The Eiffel Tower class I’m taking is just amazing. Everyone should be required to take it.”

I’ve always scoffed at statements like this; for most of my high school and college career, the idea that any class should be universally required seemed stupid to me.

Different people have different learning styles, different interests, and different abilities. Some people are best suited to go through a series of classes, while others do best experimenting and learning on their own.

Some compulsory education is good – reading, writing, ‘rithmetic, all that jazz – but the whole practice of making everyone take largely the same classes for years on end always left a sour taste in my mouth.

“Everybody is a genius. But if you judge a fish by its ability to climb a tree, it will live its whole life believing that it is stupid.”

However, in the course of running this blog, I’ve received lots of emails from students asking about classes they should take.

Some ask about majors in general, and while I have some ideas on which majors might be more useful than certain others, I don’t have a “go-to” major that I’d recommend to everyone. That wouldn’t make any sense.

Others, however, simply ask about the classes they should take to fill their general education requirements. These questions got me thinking: What classes would I require students to take, given the opportunity?

In the end, I came up with six. Here they are in all their glory, along with my justifications as to why I think they should be compulsory. I’ve also included some links to resources for each topic, so you can learn on your own if you’re interested. Do you agree with my picks?

Here’s the foundation. While some might see Speech class below and place more importance on it, I think it’s essential to ensure the ideas in your head actually make sense before you let them come out of your mouth.

Now, when I say I’d force students to take a logic course, you might think I’m talking about symbolic logic. Stuff like this:

This isn’t really what I’m talking about. I do believe symbolic logic is useful, as it helps people to learn how to correctly form logical statements in their heads. It’s good practice.

However, I’ve seen logic classes that have students doing symbolic logic problems for weeks. I would only spend a day or two on it, as that’s all most people will probably ever need. The rest of the time would be spent on practical logic and reasoning.

Left untrained, the human mind is frighteningly susceptible to all manner of logical fallacies, harmful heuristics and biases, and other mental bugs  (example: the Halo Effect). My goal with this class would be to train students to recognize these bad ways of thinking, and to start thinking rationally.

Resources for learning Logic and Reasoning

They say speaking publicly is the #1 fear in the world. They say it’s even more feared than death.

Put all those objections aside, because chances are that you’re a scaredy-cat when it comes to public speaking as well. Take a look at that statistic. Take comfort in it. Everyone else is scared as well.

However, recruiters consistently say that what they want most out of new grads are communication skills.

Jennifer Floren, the Founder and CEO of Experience, Inc., had this to say:

“Of all the things employers look for when hiring entry-level talent, it’s the so-called ‘soft skills’ that are valued most:  communication, teamwork, flexibility and positive attitude are by far the most sought-after skills.  Employers understand that everything else can be taught, so they look for the most promising raw material to work with.”

I added the bolding, but the order was not changed. The writing’s on the wall, friend; employers want you to be a good communicator!

Taking a speech class will help you immensely in this area. A few benefits:

At one point or another in your career, you’ll probably be asked to give a presentation. It’s much better to get all the nervous floundering out of the way now, while you’re in a classroom full of other nervous flounderers.

As an additional benefit, taking a speech class will help you with one-on-one conversations as well. Ever since I took my speech classes, my ability to keep a conversation flowing between myself and a new person has improved dramatically. Running the CIG podcast has been a big help as well, as it’s weekly practice speaking for an audience (and often with a guest I don’t know very well).

It’s no secret that a good percentage of college students can’t write their way out of a cellophane cookie wrapper. Here are a couple supporting facts for this claim that come from my own experience: 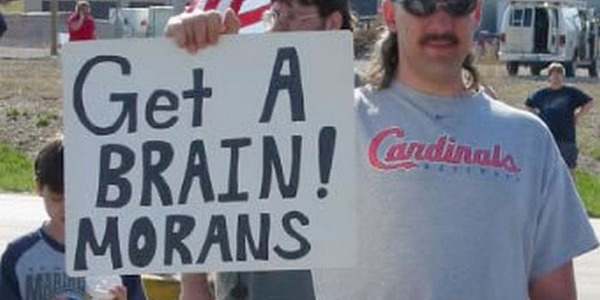 In 11th grade, I took an advanced English Composition class. It turned out to be a boot camp; on the first day of class, our teacher assigned six essays, all due within a week.

I hated that class at first, as the workload was quite a bit higher than what most other classes I had taken up to that point had given me. However, it worked.

By the end of the semester, I knew several things. Commas are not grass seed; you can’t simply throw them around at random. Semicolons are a thing. It’s ≠ its.

I knew these things in my bones. I gained the kind of knowledge you can only get by doing a ton of writing and having it graded harshly – and yes, I’d put everyone through that if I could.

Some might say I’m biased, as I make my living mostly through writing. I’m not biased. We get things done these days by doing a lot of communicating with people we aren’t speaking to. Written communication is important, and every time it’s unclear, badly formed, or hard to read, it wastes valuable time and resources.

This is the world we live in, as Phil Collins says, so you’d better learn to write well in it.

Well, ok – maybe I lied a bit. I would not force students to take this type of class during college. I’d make them take it in high school – before they can go take on a ton of crushing student loans so they can get into the “dream school” that’s their “perfect fit”.

Every semester, I’d start my personal finance class by bringing in a college grad to speak to the class:

My kickass philosophy job pays me $2500 a month, but rent out here in the Bay is $1500, and I’ve got a car and cell phone to pay for as well. I guess what I’m trying to say is… can anyone spare change for a cheeseburger?”

Next, I’d bring in another college grad with a different experience:

“Hey guys, I’m Stephanie and I graduated from my home state’s university back in 2010 with a degree in Economics. I didn’t want to take on too much debt, so I did my first two years at a community college to get all my gen. eds out of the way.

Tuition was still like $5,000 per semester at the university, but I worked to get some scholarships and saved money from the part-time job I worked at the community college to pay for most of it. I also hustled to make connections and attended conferences to get my name out there, so I was able to find a good job right out of college, even though my school isn’t that prestigious.

Best of all, I don’t have any student debt – so I’m able to put about $300 a month into savings! And $200 into my Dragon Ball Z figurine collection.

From there we’d launch into the basics: how to open a bank account, do your taxes, compute compound interest, set a budget, etc. You’d be surprised at the number of college students who don’t even know the URL to the FAFSA website. Or maybe you wouldn’t be.

I’d probably also beg Zac Bissonnette to come yell at the class for a while, and then force everyone to read his books Debt-Free U and How to be Richer, Smarter, and Better-Looking Than Your Parents.

Caught amongst the mundane, like a gem trapped under a sifting desert of sand, lies a fact that never ceases to astonish me when I think about it. It is this:

Almost every person in this country possesses a small object made of plastic, metal, and glass. They carry this object with them almost all the time.

This object is a portal to all the knowledge mankind has ever created.

Viewed in relation to the rest of human history, possession of this type of object tantamount to having a superpower.

So why does the following situation occur so often?

I’m all for helping people, but seriously, we have infinite knowledge devices in our pockets. And on our desks. And in our backpacks. You should be able to figure out pretty much anything on your own.

I was going to name this class “data sharking”, in honor of Seth Godin’s future library concept. However, that didn’t seem to encompass the mindset I’m striving to teach quite well enough. What I want each student to learn is how to become a Solution Finder.

A Solution Finder is someone who:

Matt Ringel’s article “You Must Try, and then You Must Ask” is a perfect example of how a Solution Finder should operate. Solution Finders are willing to put in the effort to try to solve non-obvious problems, but they’re not so bull-headed that they’ll avoid asking for help to the point where they’re wasting time.

I became a first-rate Solution Finder when I worked at my school’s tech support center. I had to be. My job was to fix computer problems over the phone – often problems that I’d never encountered. It wasn’t a rare occurrence that a problem’s solution wasn’t in the database, so I’d often have to quickly Google around to find the fix.

My class would operate in pretty much the same way. Every day, my students would be given non-obvious problems, and they’d have to figure out how to solve them on their own.

While this isn’t usually thought of as a “school subject”, I believe learning this skill is immensely beneficial, both for the student and for the sap who eventually hires him.

Finally, I’d force each and every student to take a professional skills class. Maybe I’d call it a “how to find a job” class. I’d include all the good stuff:

All of my classes would be focused on doing, and this one would be no different. At the very least, I’d require each student to set up an informational interview with a local professional.

And finally, I have one last decree before my time as an imaginary, all-powerful university president is over: Students can test out of all my classes.

I think that’s where the best compromise between compulsory education and self-directed learning lies. “Here are the classes I think you should take; now, show me you know enough of one and I’ll let you out of it.”

So, what’s your opinion of my class picks? What classes would you force every student to take? Let me know in the comments.