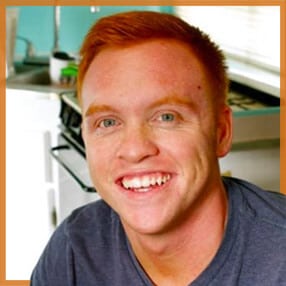 The great thing about knowing a lot of cool people is that they often introduce you to even more cool people.

A few weeks ago, my friend Tam Pham (who had me on his podcast Outside the Classroom earlier this year) introduced me to a guy named Heath Padgett.

“My friend Heath just finished working an hourly job in all 50 states while living in an RV and paying off $15,000 in student debt. You should meet him.”

…and of course I was interested. And here we are.

To be a bit more specific, Heath graduated college and initially got a job like most people. After doing that for a while (and being very nonchalant about paying off his student loans), he and his wife Alyssa decided to do something crazy for their honeymoon – buy an RV and take a trip to every U.S. state.

Of course, the idea had to get crazier – so Heath decided to attempt working an hourly job in all 50 states and make a documentary out of it. Along the way, he and Alyssa learned that living in an RV can be really, really cheap – and pretty awesome as well.

After they traveled to every state, Heath and Alyssa decided to keep living in the RV and dedicated 2015 to paying off student debt. The result? They paid off over $15,000 in just a year, and are on track to pay off the rest in 2016.

In this episode, we’ll dig deeper into Heath’s story and find out how he and his wife live on $2,000/month and make a living with such a mobile lifestyle. Enjoy!