I’m not a coffee snob, but I like making and drinking coffee.

Most of all, I enjoy having that warm drink to keep me company in the early morning hours as I ease into my day. 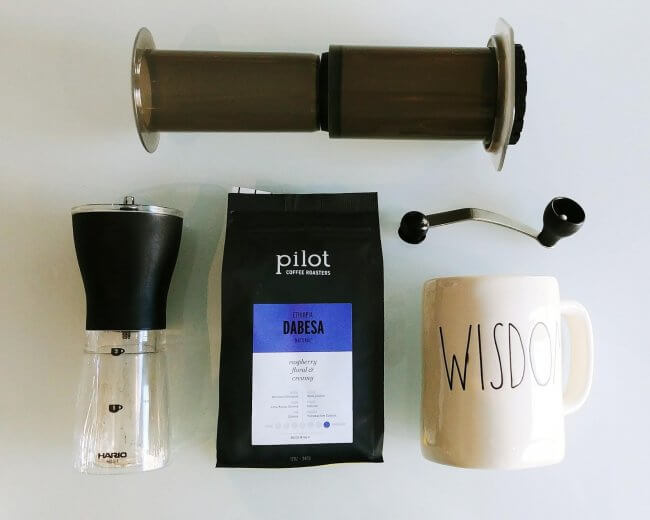 So I love my coffee… Well, except for one thing.

It doesn’t matter if I drink a liter of water before my coffee, or I chug water while drinking it — coffee just makes my tongue feel icky.

And the icky, sandpaper-y feeling makes me thirsty.

Which makes me drink more water.

Which makes me go to the bathroom a lot.

Similarly, you might have heard about how coffee is a diuretic (i.e. makes your body produce more – excuse my comfort with the gross – pee), meaning it leads to dehydration

But are you actually dehydrating yourself when you drink coffee, just because you feel thirsty and pee more after?

More importantly, does this mean you have to stop drinking coffee, and give up the only reason you can get yourself out of bed in the morning?! (You’re not crazy – I know how you feel.)

So is coffee dehydrating us, or are we just being paranoid?

How Are Dehydration and Diuretics Related? 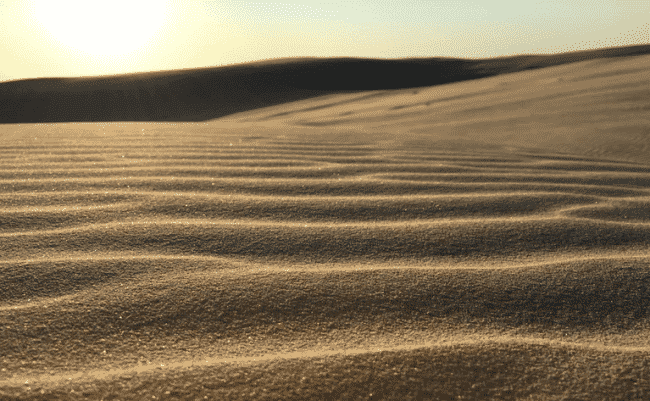 Before we get into the hard science, let’s clear up some terminology.

According to Wikipedia, dehydration is “an excessive loss of body water” which occurs when more water leaves the body than it takes in. And as I mentioned before, diuretics are substances that promote the the production of more urine.

Putting these two definitions together means that diuretics can cause dehydration. And coffee, specifically the caffeine in coffee, is a known diuretic.

So back to our initial question: Does drinking coffee dehydrate you because of its diuretic properties?

Seems like a straightforward YES, right? But (fortunately) the answer is yes and no.

I’ll keep you in suspense while we dig deeper. 😏 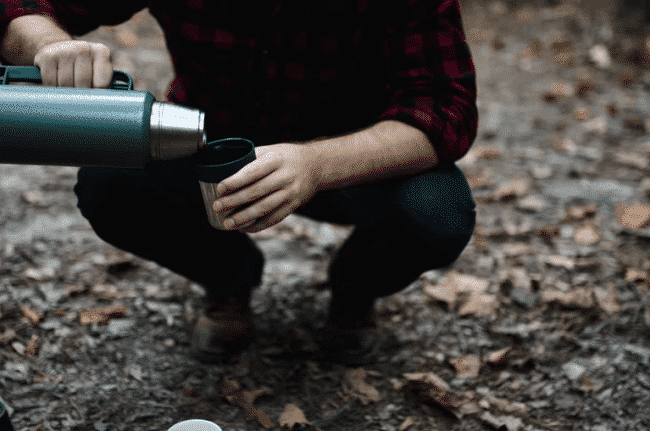 During my research, I learned that although coffee is a diuretic, it doesn’t dehydrate you as much as you’ve been led to think.

For starters, this study published in the Journal of Science and Medicine in Sport concluded that,

Interesting – they’re basically saying that caffeine has little effect on how much water we lose.

I also stumbled upon this 2014 study out of Loughborough University in San Francisco, which took things a step further: The researchers for this one made 50 male coffee-drinkers drink about 4 cups of coffee for three days in a row.

(If you’re not familiar with coffee-drinking habits, just know that 4 cups is A LOT of coffee.)

Here’s what they found:

“Our data show that there were no significant differences across a wide range of haematological and urinary markers of hydration status between trials. These data suggest that coffee, when consumed in moderation by caffeine habituated males, provides similar hydrating qualities to water.“

Again, no significant differences between the urine levels, and even blood marker levels. The study even suggested that coffee can help hydrate regular coffee drinkers, just as well as water can… 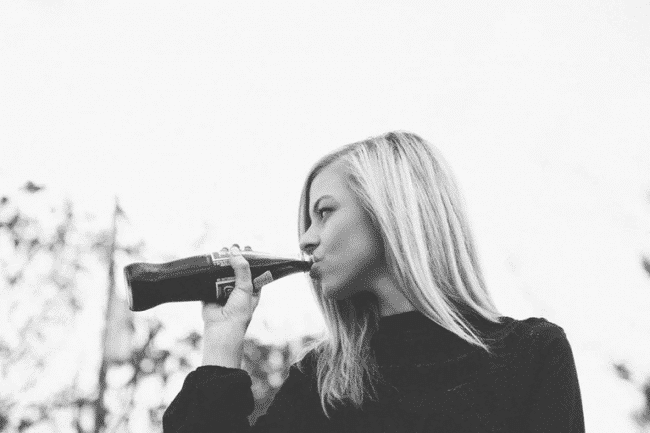 In Thomas’ video up top, he mentions a 2015 study done in the UK that tested the fluid loss caused by 13 different drinks, including sports drinks, coffee, tea, lager beer, orange juice, soda, and milk.

The data from these tests was used to create a Beverage Hydration Index, which shows that all the tested beverages hydrate nearly as well as plain water.

Surprisingly, milk was found to be even more hydrating. Meaning that, after this article, if you’re still paranoid about coffee dehydrating you, the study suggests that you can offset its diuretic effects with milk or cream.

Don’t believe me? Well when Thomas first sent over the video and the research he did for it, I couldn’t believe the conclusions myself — so I had to do my own research.

And I found this study from the Journal of the American College of Nutrition.

This one took the UK study a notch higher and used all-caffeinated drinks for its test, including coffee. And even then, the researchers found no significant differences on how the normal doses of caffeine affected the body.

In conclusion (and a huge win for us who love our cup of golden liquid every morning), drinking coffee doesn’t dehydrate you, and when done right, might even help you stay hydrated throughout the day!

Too Much Caffeine Still Has Other Consequences 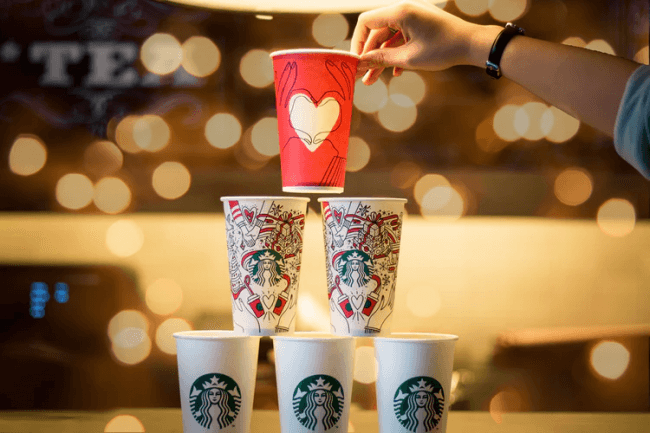 Now, of course, although coffee doesn’t hurt your hydration levels, drinking too much can still have harmful effects to your body, just like with anything we ingest too much of!

So before you open up your Starbucks app and buy 5 Venti Americanos with extra shots of espresso, try to follow these guidelines on when to drink (and stop drinking) coffee, how to drink it, and the how much of it you should limit yourself to.

1. Avoid the Crash and Burn

Drinking one cup is usually fine. But after the second cup (or third), you’ve probably felt jittery a few minutes after – and then a mind-numbing crash a few hours later.

Well you’re not alone in this. Productivity blogger Chris Bailey puts it this way:

If you keep this in mind and regulate your coffee intake, then you shouldn’t have to worry about a crash.

In addition, if you have trouble sleeping after a caffeine-fuelled day, you might also want to decide a time to stop drinking coffee. I personally don’t drink coffee after 3PM, but even that’s stretching it, because Chris recommends that you stop drinking caffeine 8-14 hours before you sleep.

While Americans love super-sized everything from McDonald’s, us Canadians love our daily Tim Horton’s double-doubles – a coffee with 2 creams and 2 sugars.

While eating super-sized portions of Mickey D’s for a month will make you hate yourself, drinking too many double-doubles in a day (I’ve even heard people order triple-triples 😧), can lead to similar unhappiness.

This is because the massive amounts of sugar and salt in these fast-food items provoke excessive insulin responses, which lead to weight gain and a whole host of other health problems like diabetes.

Not trying to scare you, but all this means that with your daily coffee habit, try to stick to black coffee with some milk or cream…and take it easy on the sugar!

Finally, consider this statistic from The Owner’s Manual for the Brain, which defines caffeine dependence as ingesting between 400 – 500 mg of caffeine a day.

How to Drink Coffee Regularly Without Getting Hooked 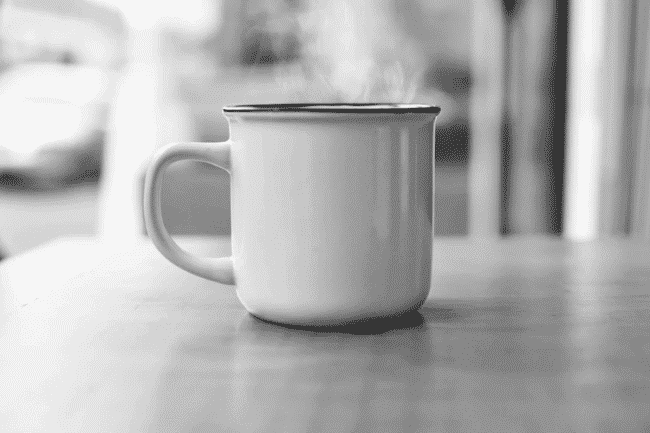 So now that you’re familiar with the science-backed benefits and drawbacks of your coffee habit, how do you enjoy it without going overboard and getting addicted to it?

Here are 4 ways I get my daily coffee fix, while avoiding headaches and withdrawal symptoms when I don’t have it:

I realized some time ago that the reason why I drank multiple cups of coffee during the day was because I would try and finish it before it got cold.

To solve this problem, in the morning I’ve started making my coffee with my Aeropress and pouring it into a thermos that I bring with me. This way, my coffee doesn’t get cold, and one brew lasts me the whole day.

2. Avoid Other Sources of Caffeine

Cutting back on your coffee might tempt you to grab something else to keep you company while you study — don’t! Gatorade, Red Bull, root beer, even a regular bottle of Coke, all have caffeine. While the caffeine content in these beverages is lower, they also contain a lot more sugar than coffee (which, if you take it black, has none).

If you want the fizz without the sugar, pick up some carbonated water or club soda instead.

And if you’re currently trying to cut back on sugary energy drinks, check out Thomas’s post on how he kicked the habit. habit,

Of course, tea is always a great, lower-caffeine substitute to caffeine. (I like David’s Tea Quangzhou Milk Oolong. Mostly because saying it makes me feel super fancy.)

But what if you want the taste and the performance-enhancing benefits of coffee, without the crash?

Then you might want to check out Four Sigmatic’s mushroom coffee.

I first heard about mushroom coffee on The Tim Ferriss Show. I currently have their Chaga Elixir Mix, which I make with hot water and honey when I feel like I’m getting sick — or whenever I want a warming, non-caffeinated beverage to keep me company as I sit in my igloo, waiting out the long, numbing Canadian winter.

Tim recommends their Lion’s Mane & Chaga Coffee Mix which apparently has half the caffeine of a regular cup, while giving a significantly higher boost to cognitive functioning. I don’t have an opinion on this one yet, because my 60-day supply is still on the way — the UPS driver is probably having struggling to find my little ice castle through the Canadian blizzard.

(I’m joking – I actually live in a normal brick house in the suburbs of Toronto. Sorry to burst your bubble.)

I have a friend who’s a coffee snob (in the best way possible).

He absolutely loves coffee, drinks several cups of it every day just to try different beans, and dreams of opening his own coffeeshop one day.

Well, I love making and drinking coffee too, but unlike him, the primary reason why I got into it is to help me look forward to something when I wake up and ease me into the day.

Since I use coffee mostly as a productivity tactic, to make sure I never get hooked on it, I try to keep my coffee ritual to weekdays. And on holidays when I take time off of school and work, I don’t drink it at all. 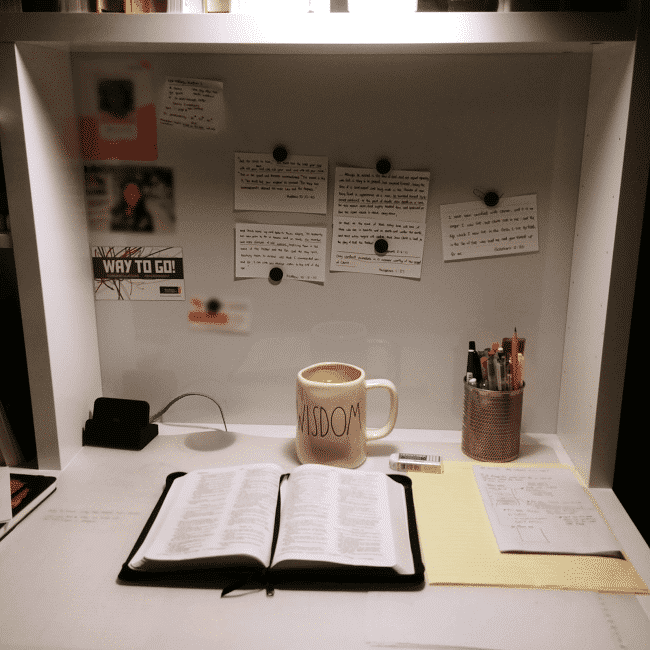 As I’m writing this, I’m still sipping my hand-ground, Aeropress-ed coffee from my fancy Zojirushi thermos. My tongue still feels dry and I still feel like I’m dehydrated… But at least now I know that it’s all in my head.

Now you know that although coffee is a diuretic, it’s only a minor one. So you don’t have to worry about your morning coffee dehydrating you into a raisin.

But you also now know coffee can get addicting, so if you want to keep your coffee habit in check, you can avoid having to grab multiple cups of coffee a day by keeping your coffee in an insulated bottle and sipping from that during the day. You can also keep yourself from becoming dependent on coffee by staying away from other caffeine-sources, trying some low-caffeine or decaf substitutes, or simple going cold turkey for a day or two every week.

What’s a favorite drink that you just have to have every day?

Let us know in the comments below or in The College Info Geek Community over on Reddit!