My friend looked down at my shopping basket with a expression torn between awe and disgust. It was filled with a sampling of every drink the grocery store had to offer – every big brand offering, and all the weird indie ones that were probably brewed in some dude’s basement and snuck onto the shelf in the middle of the night.

“Yep. I want to taste-test all of them.”

This scene reveals the depths of an addiction to energy drinks that gripped me for much of college. It wasn’t usually this bad, but I’d estimate that I spent probably 60% of my days in college thoroughly dependent on the stuff.

The thing is, I knew I was essentially drinking poison. I grew up with parents that taught me healthy habits and forced me to stay active. I spent most of my second semester in college posting on bodybuilding forums and doing nutrition research.

I knew I was slowly killing myself. But somehow, each time, I’d rationalize the current can. This will be the last one. I’ll quit tomorrow. I didn’t have one yesterday. I really need to stay up and finish this coding assignment.

Friends even tried to warn me:

@TomFrankly if you want an irregular heartbeat in 10 years, keep drinking it

So, if you’ve got an unhealthily amorous relationship with energy drinks or soda, I feel you. I’ve been there.

I’ve tried countless times to kick the habit. Some techniques worked better than others. Most ended up failing – as hard as it is to build habits, kicking old ones can be even harder.

However, the days of trying and failing are over. I’ve won. By that, I mean I’ve found a technique that works. I haven’t had an energy drink in probably 8 or 9 months.

Other than half of a Mountain Dew that was consumed on a nostalgiac/ironic night of Halo 3, Linkin Park, and Doritos during spring break, I haven’t had hardly any soda in several months either.

In fact, nearly all soda (and definitely all energy drinks) taste way too strong for me now. I never crave them because they taste bad.

Today I’m going to share the technique that ended up working for me. I’ll also go over some other techniques for killing a soda/energy drink addiction, since my technique might not be for everyone.

What Worked for Me

Energy drinks might give a bit of a boost, and some people (my past self definitely included) think they taste good… but there’s a third reason I drank them all the time.

These drinks are simply interesting. They’re stimulating to have around. Why have a boring old glass of water around when you can drink a bubbly drink that comes in a cool can or bottle?

We crave stimulation. It’s why we instantly pull out our phones and play Flappy Bird when we sit on a bus or have to wait for something. I believe this need for stimulation extends to what we consume, as well – which is why interesting drinks in flashy containers are so fascinating.

So, how do you quench the need to have a stimulating drink around, while still avoiding energy drinks and sodas.

Actually, the answer for me was sparkling water.

Specifically, the LaCroix brand of sparkling water – which comes in a lot of great flavors. (Though I’m a fan of Topo Chico as well, as my friends Alex and Sean will attest – but I can’t get it in Iowa)

It’s carbonated, so it’s interesting enough to cover the stimulation aspect. The taste is pretty great as well – each flavor is light and not overpowering.

In fact, I’ve gotten so used to the light flavor of my sparkling water over the past couple months that even lighter sodas like Sprite have an overpowering taste that I pretty much can’t stand.

So, What’s the Catch? 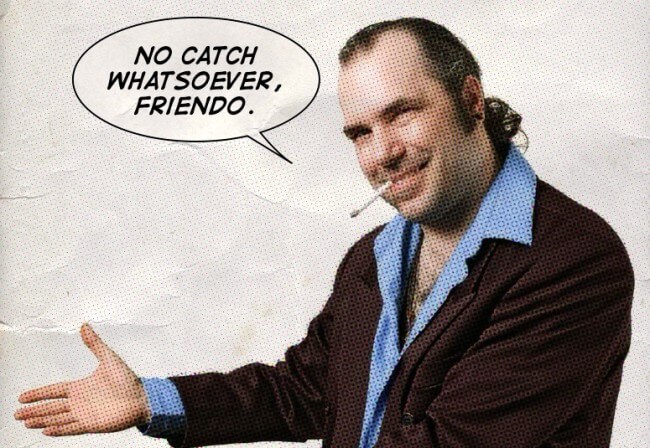 Naturally, I believed finding a drink that could completely replace soda – and taste great doing it – was too good to be true. I figured there must be some negative health effect to it that I wasn’t seeing.

So I did quite a bit of digging – and honestly I can’t find  very much to fault the drink for. Update: Further research has brought forth a couple of small concerns. They’re outlined a little further down in the article.

Sparkling water has zero calories – because it’s pretty much just water. Some brands, like San Pelligrino and Topo Chico, add a bit of sodium. In LaCroix’s case, even the sodium count is zero.

Anything to fault in the ingredients? Well…

That “natural flavor” bit got me a little suspicious – until I checked out the FAQ on their website:

The flavors are derived from the natural essence oils extracted from the fruits used in each of our LaCroix flavors. There are no sugars or artificial ingredients contained in, nor added to, these extracted flavors.

So, if you’re drinking an Orange LaCroix, you’re pretty much just drinking bubbly water with a tiny drop of orange juice.

I’ve heard people claim that carbonation in drinks can erode your teeth and leech calcium from your bones. As a somewhat normal human, I did not want my teeth and bones rotting away, so I researched this claim as well.

Other studies have confirmed a correlation between heavy soda consumption and low bone mineral density in women – which should add to your list of reasons not to drink lots of soda if you’re a girl.

What about erosion of tooth enamel? Well, this might actually be a bit of a concern.

While sparkling water doesn’t contain tooth-eroding sugar and other stuff you’ll find in soda, it’s still acidic, carrying a pH of around 3.

A study done at the University of Birmingham in 2007 tested the effects of sparkling water’s acidity by placing extracted human teeth in samples of the water and measuring erosion. The study’s conclusion:

Flavoured sparkling waters should be considered as potentially erosive, and preventive advice on their consumption should recognize them as potentially acidic drinks rather than water with flavouring.

So even though the stuff isn’t as bad for your teeth as soda, it’s probably a good idea to take preventative measures anyway. Luckily, our saliva can repair enamel using a process called re-mineralization – as long as teeth aren’t being constantly exposed to acid.

If you’re going to drink a lot of sparkling water, though, you may want to use a straw.

Here are a couple of great articles I found during my research on acidity:

A commenter pointed me to an article decrying LaCroix’s use of BPA in their can linings, so this is also a concern.

BPA is Bisphenol-A, which is a synthetic chemical compound that is used to make lots of plastic and epoxy resins. It’s in a lot of stuff – including plastic water bottles (and lots of other plastics) and can linings.

Most canned soft drinks have low levels of the stuff in their linings, and there have been a lot of studies on the health effects of it. Conclusions on negative health effects are varied, and if you’re concerned I’d recommend perusing the Wikipedia article on BPA – there’s a lengthy section on its health effects, and it’d be way too much to cover here.

The gist, though, is that BPA is potentially bad. However, it’s also in a ton of stuff we interact with in the modern world, so it’s going to be very hard to avoid. In fact, a recent study found that handling receipt paper is one way of getting BPA into your body.

My conclusion: It would be great if LaCroix would use cans that don’t contain BPA, or switch to glass bottles. However, if you’re going to fret about it, you should probably also stop eating all canned foods, drinking bottled water, and start refusing to handle the receipts you get at stores.

BPA is still used in soda cans, so I definitely wouldn’t let this concern turn you off to trying sparkling water as a solution to a soda addiction. The soda is far worse, so anything better will result in a marginal improvement. As I said in my NerdFitness article on eating healthy in college, your goal should be “do good” rather than “be perfect.”

Once you’ve successfully kicked the soda habit, you can start thinking about winning the smaller battles.

At this point, the only serious downside to drinking LaCroix is the cost. Since it’s so good – seriously, the Cherry Lime flavor is one of the best-tasting drinks I’ve ever had – and is much healthier than soda, I drink 4–5 cans a day – though I’m going to try to start cutting that number down and adding in regular water after learning about the dental health concerns.

Still, I’ll take needing to put a crate on the back of my bike, along with more frequent trips to the grocery store, over an unhealthy soda addiction any day 🙂

If you can’t find LaCroix in your area, there are lots of other good brands:

If you can only find the unflavored kind, just buy a lime and put a slice into the can or bottle – the result tastes great.

I know several people that actually don’t like the taste of sparkling water, so I’m aware that this method won’t work for everyone wanting to kick their soda/energy drink habit. There are other factors – such as caffeine dependency – to address as well.

Here are some other methods I’ve used in the past:

If you’re reading this and have successfully broken a soda/energy drink habit, what methods worked for you?