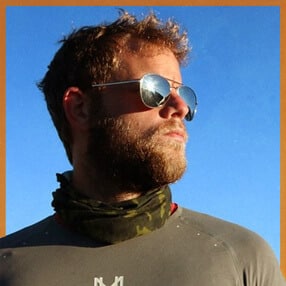 If you’ve been following College Info Geek for longer than, say, a week… you’ve probably noticed my Impossible List up in the main menu.

What’s an Impossible List? For me, it’s my top-level system for goal setting and tracking. It’s also the tool that has probably made the greatest impact in my life out of any I use.

The direction and motivation to progress I’ve gotten from my list has helped me to pay off my student loans, travel to Japan, grow my business, read more, and reach new levels of fitness. It’s essentially what helps me level up as a person.

I didn’t invent the Impossible List concept, however. That honor goes to my friend Joel Runyon, who is the founder of ImpossibleHQ.

Through his own list, Joel went from graduating college and being unable to find a job in 2009 to owning a thriving business and running ultra marathons today.

Joel’s done some amazing things since creating his list and blog, including building a school in Guatemala, doing 100 push-ups in one set, climbing a volcano, and more.

Today, he’s embarking on a journey he calls the 777 Project – his personal challenge to run seven ultra marathons in seven countries in order to raise money to build seven more schools. In this episode, you’ll hear about Joel’s story and find out how he plans to achieve this goal.

Wondering where the Resources of the Week segment is? I’ve decided to use the 80/20 principle to enable myself to focus my attention completely on the things that matter, so I’ve trimmed it – but worry not, because you can find all sorts of great tools at my Resources page.