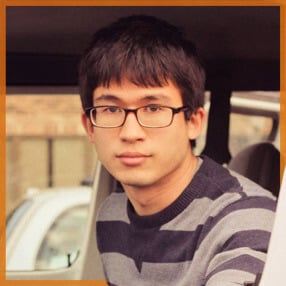 If you’ve been keeping up with the videos on my YouTube channel recently, you probably know that I like to dabble in animation.

The best example so far is probably the animation I created about halfway through my first speed-reading video, which illustrated the fact that people tend to fixate on more content words than function words when they’re reading.

I make these animations in a program called Adobe After Effects, and over the past several months I’ve learned enough to create some pretty cool-looking stuff. However, I’m still a complete and utter noob at this… and the work of today’s podcast guest will perfectly illustrate that for you.

Today I’m talking with Alan Becker, who is a professional animator and the creator of something you might have seen before: Animator vs. Animation.

If you haven’t, I recommend checking it out below before listening to this episode:

Alan created this animation back in 2006, and it went viral pretty much right away after release. I remember watching it as a high school student and being completely dumbfounded at how he was able to combine the stick figure animations with computer elements.

Not content to rest on his laurels, though, Alan created several sequels to this first work. Last year, he released Animator vs. Animation IV, which is undeniably his best and most technically impressive piece yet:

Since I’m creating small animations for my videos each week and am constantly trying to get better, I find Alan’s work to be really inspiring to study (and fun to watch). On this episode, I’ll pick Alan’s brain about how he learned to do what he does, what tools he uses, how he makes a living as a professional animator, and more. We might also geek out a bit about virtual reality.