Just before I started writing this blog post, I was helping my mom make dinner.

As I was chopping the onions, she told me to sort out my clothes, wash the cucumbers and the blueberries, make six smoothies, wash the strainers, and give her my tax slips afterwards.

Of course, being the goldfish that I am, I promptly forgot about the strainers, left the cucumbers and blueberries sitting in vinegar in the sink (pickled blueberries, anyone?), and started sobbing from the onions.

That’s what I get for trying to do everything at once. Classic multitasking. But the truth is, there’s different kinds of multi-tasking. And in this blog post, we’ll dig deep into what multi-tasking actually is, in addition to some more effective strategies to use, in place of it.

Here’s how the American Psychological Association describes it:

“Multitasking can take place when someone tries to perform two tasks simultaneously, switch from one task to another, or perform two or more tasks in rapid succession.”

Well, as you can tell from my story above, I’m terrible at multi-tasking. Fortunately, experts don’t think I’m weird. In fact, they’ve found that, in general, multi-tasking doesn’t work.

The biggest reason is because multitasking kills momentum. 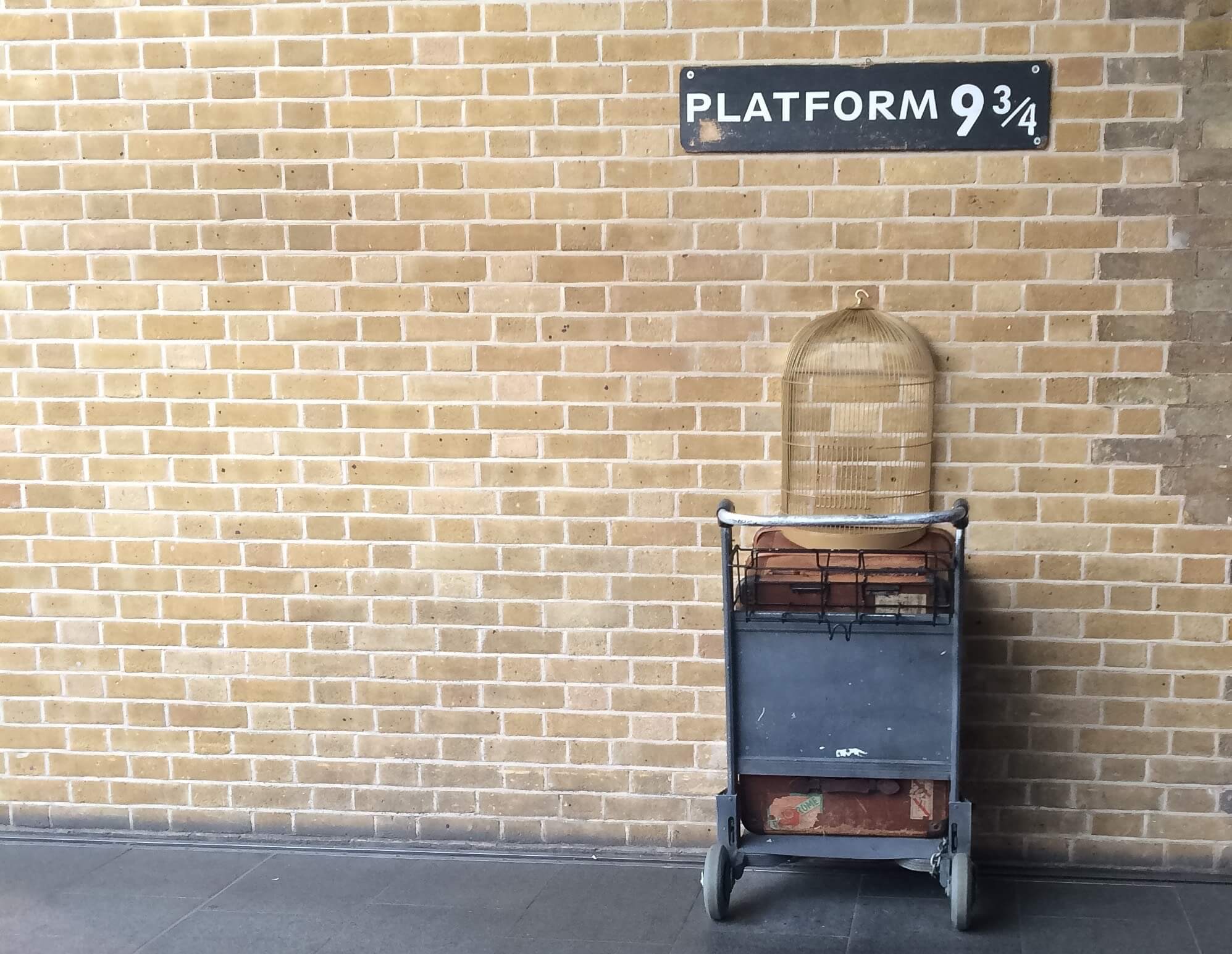 It takes a lot of effort to get it going, but once it’s moving, keeping it moving is a much easier task.

Multitasking is akin to trying to get the cart to move for a few meters (or feet, to you Americans) and then stopping it… Before putting your weight back and pushing the cart to get started all over again.

The starting and stopping is just plain inefficient. What’s worse, is that the switching costs make you more tired over all because of this thing called attention residue, which you’ve probably experienced before.

Know that feeling when you don’t finish Task A and move on to Task B… But you’re still thinking about Task A while you’re doing Task B? That, my friend, is attention residue.

And because of that, not only do you expend more energy because you stopped your previous momentum and you’re re-starting, but you also use up extra energy because now you’re thinking of two things, instead of just one!

I mean, it’s hard enough to get started on the stuff we need for school, without all these extra drains on our energy.

In this post, I’m going to help you with minimizing multi-tasking with some strategies I use personally, then I’ll show you three scenarios when multitasking can help.

How to Get More Done by Avoiding Multitasking 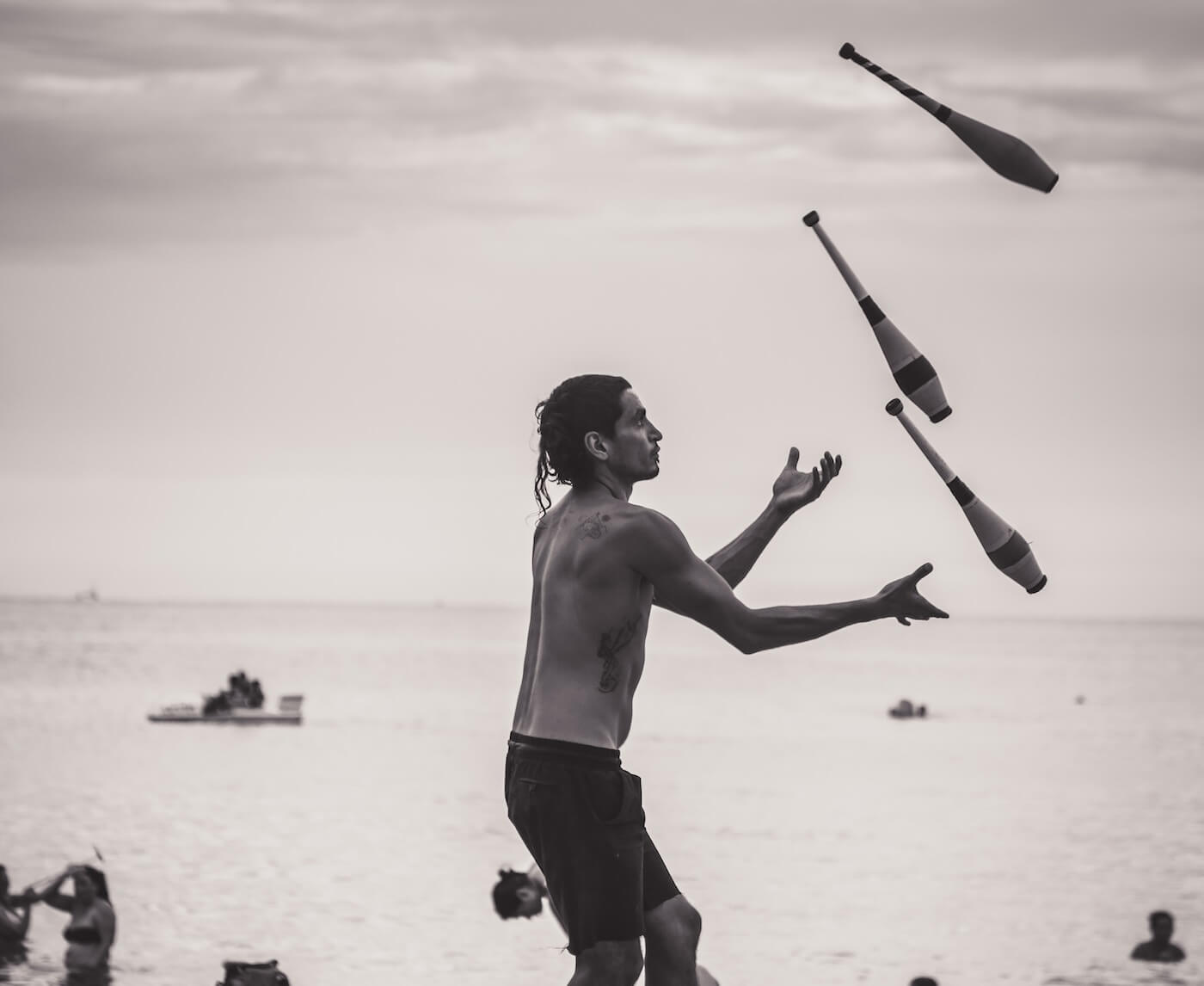 This 1999 article from Nature magazine concluded that when it comes to focus, we work best when we pay attention to items serially, not in parallel.

This simply means that even if we’re not good at doing two things at the same time (parallel processing), we can function when we do one thing after another (serial processing).

To help me understand the concept of parallel processing versus serial processing, I think about The Sims, an old game I used to play back when I could only connect to the Internet via a dial-up connection.

(To all you young ‘uns: Dial-up is a super slow 15-kbps internet connection wherein if someone picked up the phone while you were online, you’d get disconnected from the Internet. Not fun.)

Anyways, this game let you play God to a bunch of netizens. To keep them happy, you have to make them do stuff like going to the toilet, cooking food, or going to work.

My thing was, I would always stack the top part of the screen with 5-6 things my Sim could do after they were done their current task. This way, I could just hit the fast forward button on the lower left corner and go through all the tasks in one quick go. 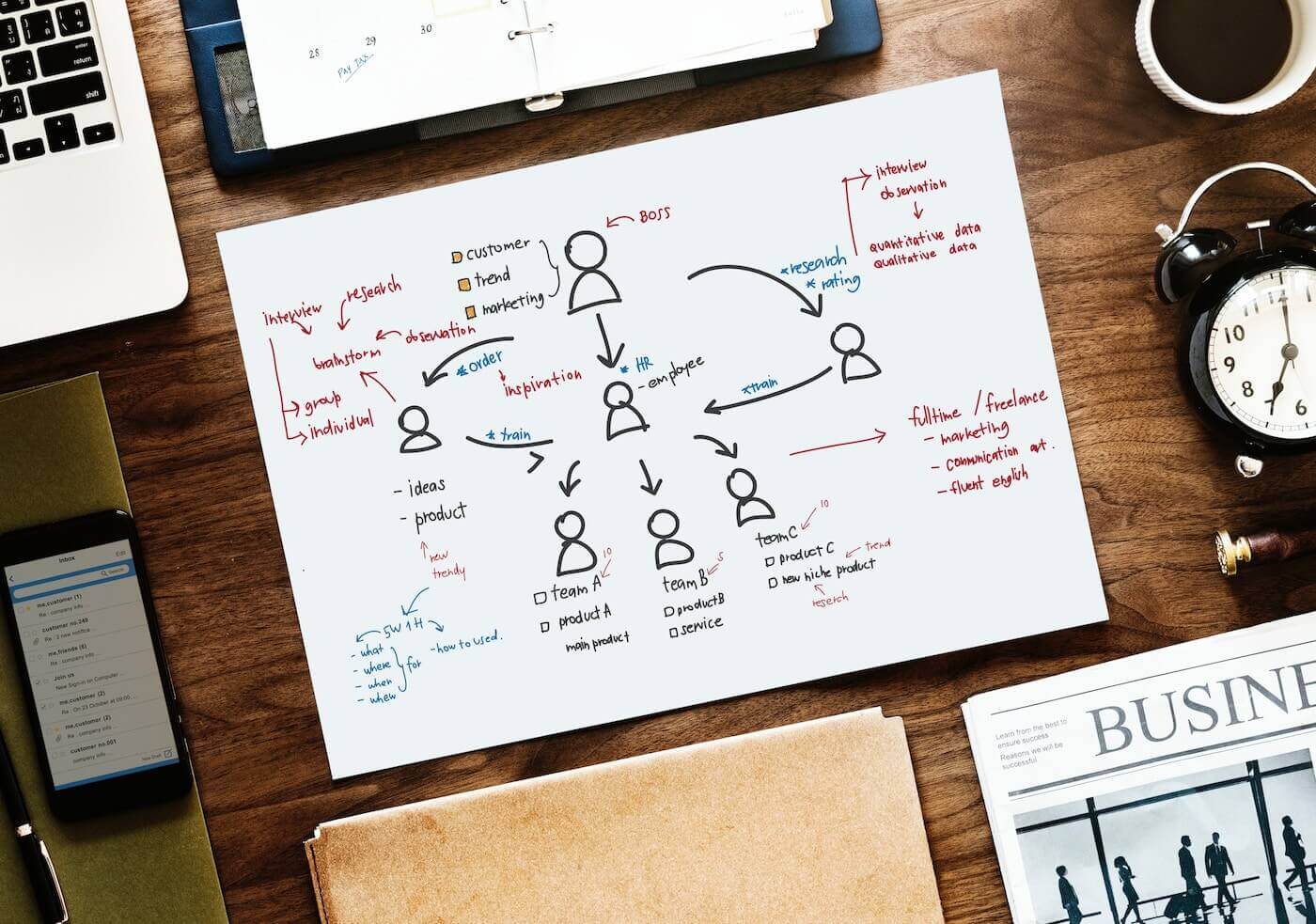 What does this have to do with multitasking?

Instead of trying to do things all at the same time, focus on only one thing at a time. And only when you completely finish that task do you move on to the next one.

The good thing about this is that since you focus on only one thing at a time, you blaze through our day faster with less anxiety about forgetting to do stuff.

You also minimize attention residue, because although you’re switching from one task to another, you don’t carry over the anxiety of not finishing the previous task.

And speaking of anxiety…

2. Give Yourself Wiggle Room

Human beings are notoriously terrible at estimating how long a task will actually take. Because of this, when you start scheduling your day, chances are, you’ll overbook yourself, fall behind, and lose all motivation to even attempt to salvage your day.

This is why having buffer times within your schedule is so crucial, so you’ll avoid falling behind and feeling like you’ve lost the day.

Here are some wiggle room tips to help you maintain momentum while using a sequential schedule:

3. Don’t Stop for Urgent Tasks – Write Them Down

OK, so you’ve scheduled your day to utmost perfection with plenty of wiggle room, and now you’re on a roll.

But then suddenly, you remember that you have to do something – and it’s an assignment due tonight!

Take a deep breath, and don’t switch to it just yet.

Instead, write the assignment down on a pad of paper and forget about it until you’re done with your current piece of work; once you finish, then you can take a look and reschedule your day. This way, you capture the to-do, while making sure you stay the course and focus. 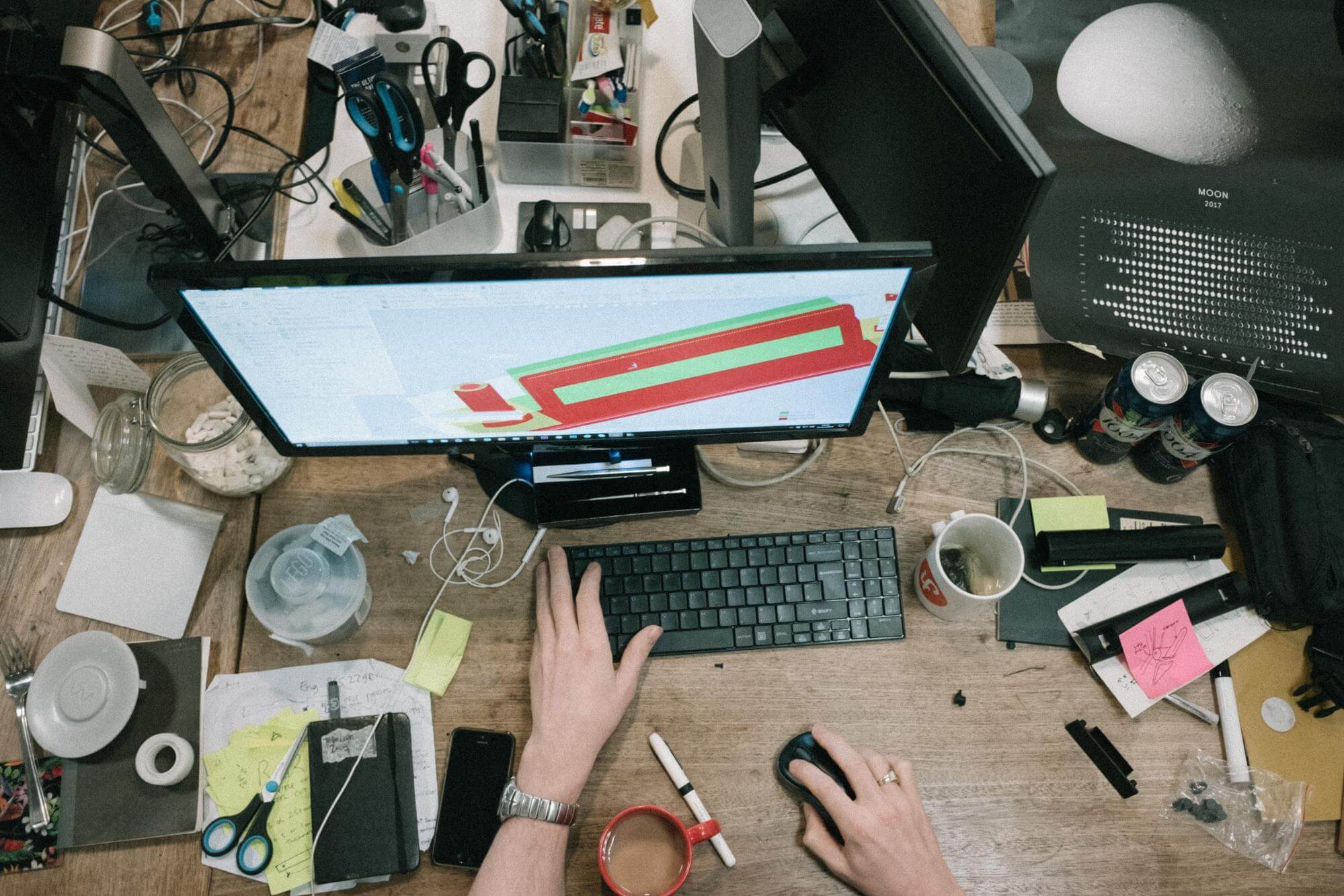 I just talked your ear off (or your eyes out?) about not multitasking. But just as with most things in life, it’s not a done deal that multitasking is detrimental for everything. In fact, here are three scenarios where multitasking might actually help:

1. “I have lots of small, mindless stuff and they just seem so inefficient to schedule to do them!”

A more efficient way to do small tasks, I’ve found, is to batch them all together into a 1-3 hour chunk of time. This isn’t exactly multitasking in the traditional sense because you’re not parallel processing, but it’ll still give you the same sense of satisfaction of getting a lot of things done by the end of the time period.

For example, I clear my email inbox every other day, usually after lunch. This way, I can go through my inbox in one fast go, and I’m not reacting to several interruptions throughout the day.

2. “Can I multitask when I’m doing something I don’t have to think about?”

The quick answer is yes, but you have to take care to be honest with yourself if the task is actually a mindless one.

For example, when I started driving, it was definitely not a mindless task. I couldn’t even have music playing when I was driving because I was thinking of so many things at once – my blind spots, checking my mirrors, having enough space from other cars, etc.

But now that I’ve been driving for a few years, I don’t have to consciously think about doing all of these things – I just do them automatically. So now, I’m OK listening to podcasts and audiobooks while I’m driving, without running the risk of putting my life in danger.

Driving for me is automatic now, so I can multitask while I do it.

Another example is walking. When I’m going someplace I’ve never been before, I cannot be listening to music or a podcast on the way there; I’ve gotten lost so many times and missed so many streets because of this.

On the other hand, if I’m walking on a route that I’ve been on before, I’m OK. In fact, I’ve started scheduling one of my most dreaded activities – talking to customer service reps on the phone – on regular walks to feel productive.

(Raise your hand ✋ if you also hate listening to crappy music, and waiting while the robot voice says, “Press 1 for…”)

In Barbara Oakley’s book A Mind for Numbers, she talks about two modes of thinking.

The first mode is called Focused-mode. In this mode, you directly concentrate on a problem and try to work through it logically.

The second mode is Diffuse-mode, and by contrast, it happens when you relax and let your mind wander. Oakely says, “This relaxation can allow different areas of the brain to hook up and return valuable insights…. Diffuse-mode insights often flow from preliminary thinking that’s been done in the focused mode.” 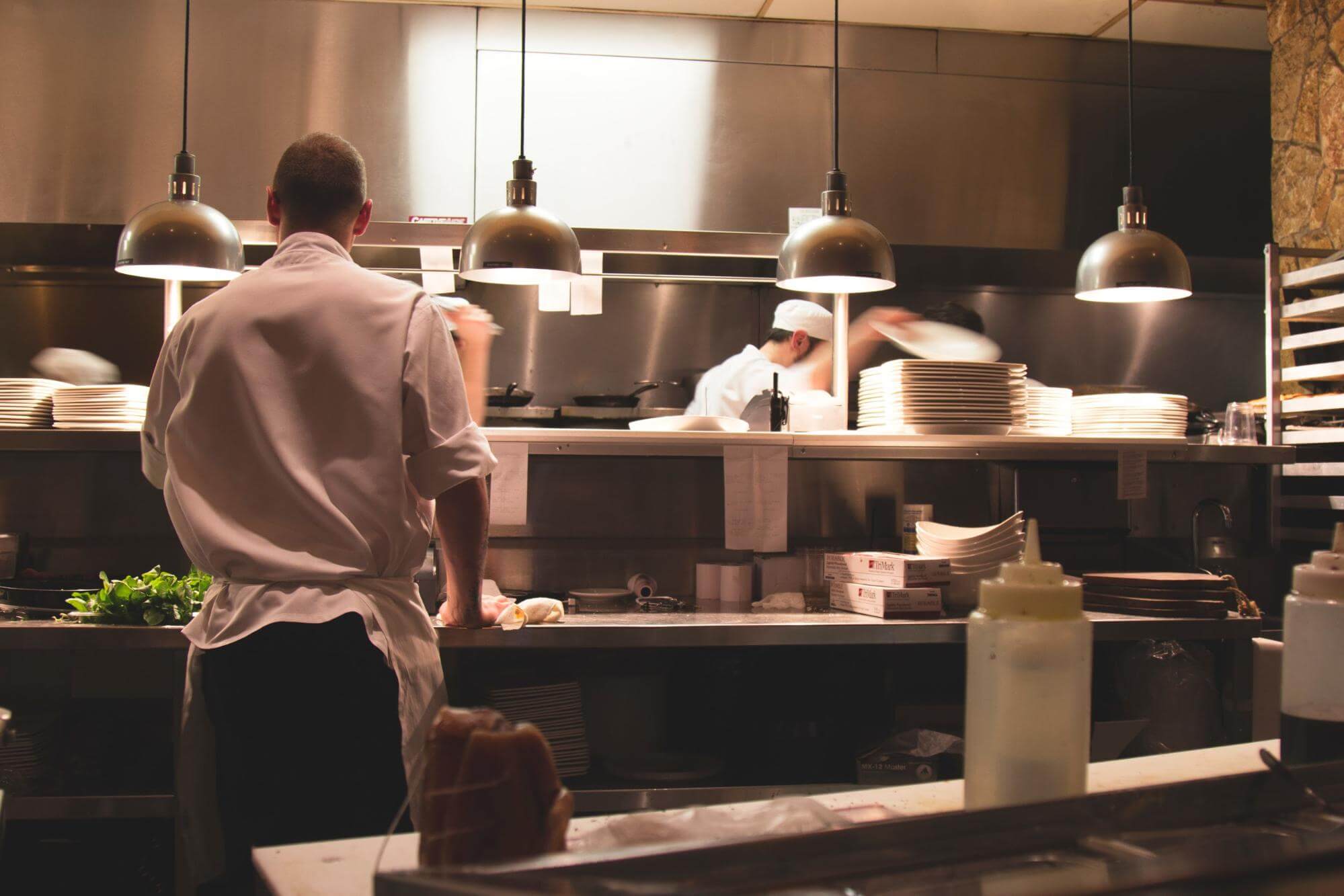 But for my situation in the kitchen, I really needed my focus to be all there. So after I wiped my onion tears, I washed my hands and wrote down a list of the things I had to do for the night.

Now that my mind wasn’t multitasking from doing the task in front of me, and trying to remember everything else I had to do, I did everything a lot more quickly.

I got some momentum going, blazed through everything I had to do, and even had energy left over afterwards to work on this blog post for you. Not multitasking really worked this time. 😉