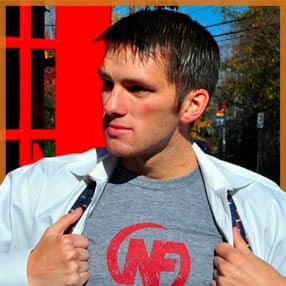 It’s pretty hard to become immortal. Apparently JonTron did it by eating a magical gyro, but it turns out that it must have been a unique gyro.

Other gyros don’t work, apparently – the knowing look of pity I got from the guy at the Greek food truck when I asked for the “Immortality Special” confirmed to me that he too had tried… and failed.

But, let it never be said that I’m not one to persist! After some digging around through the ancient scrolls, I learned a dirty secret that the suits in Washington don’t want you to know… the universe is pretty much gonna die in, like, a googol years or so.

So it turns out I don’t need to become immortal after all. I just need to live for a really long time.

I figured that living for a googol years would require a pretty hardcore diet and exercise plan, plus a few stints of cryogenic napping, a digitization or two of my consciousness, and some laps around the ‘ole Dyson Sphere.

Ray Kurzweil still has yet to get back to me on those last few items, but luckily I was able to exort an hour or so out of Steve Kamb to enlighten us on the first two.

Steve is the founder of Nerd Fitness, which is a website that helps nerds get healthy. NF is huge, has an active, vibrant community, and is probably familiar already to at least a few of you reading this.

I am a huge fan of Nerd Fitness, and honestly Steve has been one of my main sources of guidance and motivation for the past couple years. I usually wear my NF t-shirt at least once a week:

Through Nerd Fitness, several people have gained the motivation and knowledge to make some epic transformations – check out the stories of Staci, Joe, and Saint for examples.

Countless others (myself included) count on Nerd Fitness to provide regular motivation to keep us motiving, lifting heavy things, and focusing on our goals.

In fact, Steve’s Epic Quest of Awesome was one of the two things that inspired me to create my Impossible List, which has helped me achieve some pretty awesome stuff.

In this episode, Steve and I talk about his journey to building Nerd Fitness, starting from his own college experience and his first crappy sales job. We also go over some ways anyone can start exercising and eating healthy – so if you need an extra kick of motivation, this is the episode for you!

And of course, no podcast between two guys with the words Nerd and Geek in their websites would be complete without shooting the shit about video games, so that’s in here too.

If you enjoyed this interview, leave a review of the CIG podcast on iTunes!