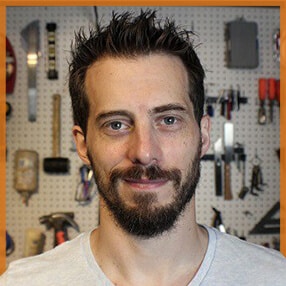 Every time I walk into Home Depot I get this inexplicable urge to buy every tool in sight.

Do I need them? Nope. Do I live in a rental house that I have barely any leeway to change or upgrade? Yep. Do I do most of my work on a computer, surely shaming the warriors and blacksmiths in my ancestry? Certainly.

Doesn’t matter… I still feel the need to buy that pick axe, impact driver, and table saw. It must be something in my DNA.

This actually makes sense when I think about it; my grandpa is an expert woodworker and spends most of his time working on DIY projects in a huge shed he built in his back yard.

My skills pale in comparison, but there are still times when I get a good enough reason to take my hands off of keyboards for a day and justify my tool purchases. Some of my projects have ended up on this blog or on my social media channels, including:

Each one of these projects was incredibly fun to build. Additionally, there’s something really special about the particular feeling of accomplishment you get when you build something with your hands; to me, it’s different than making something like a podcast or a video.

I think part of the reason is that DIY projects almost always require me to learn new skills. I get an idea, jump into the thick of it, and then realize I’m out of my depth – so over to YouTube or Instructables I go.

Once the project is done, I now not only have the thing I’ve built, but I also have a bunch of new skills and knowledge – how to properly apply epoxy, for example.

That’s why I think it’s an excellent idea to get your hands dirty and go the DIY route from time to time when you need to solve a problem. You gain new skills, get the satisfaction of doing it yourself – and (sometimes) you save money to boot.

But where do you go to learn DIY? Well, as a mentioned before, one of my favorite haunts is YouTube. And on of my favorite DIY YouTube channels is I Like to Make Stuff, which was created by Bob Clagett – who is today’s guest on the show!

I discovered Bob’s channel during my overhead shooting rig project. I had originally gotten the idea from Casey Neistat –  but if you’ve watched any of Casey’s videos, you’ll know that his overhead setup is incredibly bulky and takes up a lot of space. I figured there had to be a better way.

A quick YouTube search later, I found Bob’s take on the project – which I quickly realized was much, much better.

My design ended up being a little bit different – I designed it to fold up since I don’t have a dedicated work bench like he does – but his video provided the critical insight I needed to finish the project. Moreover, I found it really entertaining, so I naturally binge-watched a bunch of his videos. Here are some of my favorites:

Bob actually started out as a hobbyist DIYer; after working in web development and programming for over a decade, he started building DIY projects to give himself a way to work with his hands (something I often feel the need to do as well).

After deciding to make video tutorials of his projects, his YouTube channel took off; today, I Like to Make Stuff has over 800,000 subscribers, and running it has become Bob’s full-time job.

In this episode, you’ll learn exactly how Bob was able to go from being a web developer to a full-time DIY YouTuber, and you’ll also learn about how he stays productive – including his process for planning videos and the the particular apps he uses.

Additionally, we talk a bit about how to get started with DIY yourself, including what tools everyone should have on hand. 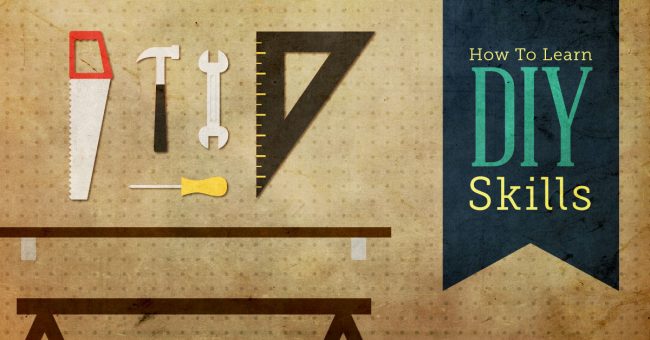