Without thinking too hard about it, let your intuitive brain try to convert the following sentence from text into imagined sound:

Unless you’re Japanese, or one of the few people who have learned it as a second tongue, you probably imagined, well… gibberish.

And you’d be completely justified in doing that. Foreign languages aren’t exactly easy to understand, especially when they’re written using symbols that you don’t know how to pronounce.

On my most recent trip to Japan (this past May), gibberish was mainly what I was still hearing. My Japanese studies in between my first trip and this one had been lackluster, to say the least; I had finally learned all of hiragana, but my grammar and ability to put together sentences was still severely lacking.

As a result, most things people said to me made no sense.

Well, no longer. Ever since returning from my second trip, my resolve to learn Japanese has been incredibly strong. I’ve managed to make time for studying almost every day for the past few months, and since returning I’ve shoved over 130 kanji and over 220 vocabulary words into my brain. My grasp of Japanese grammar is steadily improving as well.

One of the more recent methods of learning I’ve come up with is using Twitter.

I’ve set up a completely new Twitter account specifically for learning Japanese, and after about a week of using it, I can safely say it’s a very effective tactic for learning any language.

Using Twitter as a platform for learning a new language provides several benefits. First and foremost, it gets me writing in Japanese.

This is key, as the best way to learn any language (or anything for that matter) is to use it. Going through textbooks is great, reviewing is fine, but actually using the language – and making mistakes – is the ultimate way of learning.

“Stop making excuses and get the hell on with it!”

My most common excuse when it came to writing was, “I don’t know enough to write very much.”

I’m a member of a site called Lang-8, which helps you to learn new languages by writing journal entries and having native speakers correct them. Now, I was pretty dang enthusiastic when I signed up, and I jumped right in when it came to correcting the English entries written by students in Japan.

But when it came to writing my own entries in Japanese, I hesitated. The thought of writing an entire “journal entry” seemed incredibly intimidating, since I only know very basic grammar. It seemed like it would take hours to write out several sentences and try to translate them all.

However, I don’t have this hesitation when it comes to Twitter, because I’ve only got 140 characters. This limitation makes it really easy to dive in and compose a tweet – I know I can only write a sentence or two, so I don’t get tripped up thinking I need to write something “substantial”.

Lara Ducate, a professor of German at the University of South Carolina, has students use Twitter in her classes for the same reason. Here’s her take:

Using Twitter as my writing platform also keeps me motivated. Seeing my list of past tweets makes me want to keep the account active. It also creates a sort of “streak” that I don’t want to break. My ultimate goal is to get up to around five tweets a day, with one of them being a daily whiteboard picture (like this one).

The whiteboard is another study tool I’ve found quite useful. My roommate Martin and I each have a whiteboard on our fridge, and we each try to write something new in our target languages each day. Since Martin has like 47 target languages, his board is often filled with a bunch of them. But I’m simply sticking to Japanese 🙂

Tweeting a picture of the whiteboard each day gives me an external motivator to get it done, and it’ll eventually become a habit.

When I browse through my past tweets, including picture tweets of the whiteboards, I also get a quick bit of reviewing in. Since I often have to work hard to compose tweets and need to look up words in the Denshi Jisho, looking back on my old tweets is a good way for me to actually remember the kanji I had to look up when writing them.

Lastly – but certainly not least….ly – creating a Japanese Twitter account gives me a way to make Japanese friends.

I’ve said this often, and it applies to people in other countries as well: Twitter is basically the cocktail party of social media. You can pretty much reach out and talk to anyone without it being weird.

This kind of openness isn’t really available on platforms like Facebook, LinkedIn, or Google+. For that reason, I consider Twitter to be the best social network for reaching out and building relationships – and that applies to making Japanese friends as well!

Of course, I can and do use this as a way to help my Japanese friends learn English as well 🙂

Soon I’ll start seeking out friends to have regular Skype sessions with as well – though I’d like to get through the next couple sections of my textbook first so I know enough grammar to create better sentences.

I also picked up this little gem recently: 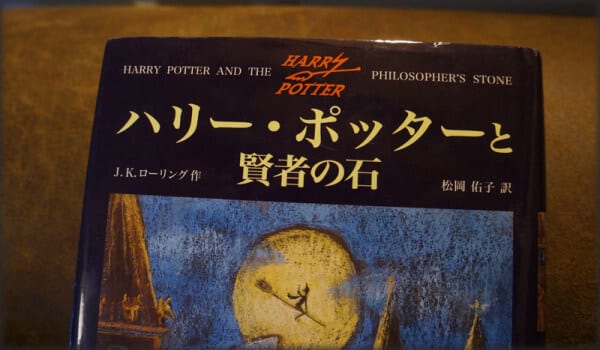 So as my kanji studies continue, I’ll be able to go through this more and more easily. As I said earlier, I’m currently up to around 135 kanji and 220 vocab words on WaniKani – so a lot of it is starting to look familiar!

After reading this, I hope you’ll see the benefit of using Twitter for learning a language as well. If you happen to be learning Japanese, be sure to connect with me so we can learn together!

If you’re interested in the detailed workings of how I use my other resources to learn Japanese, check out my article on self-study.