If you’re like most people, you would probably rather die than present in front of a classroom. I’m not exaggerating: in this Gallup poll from 2001, the fear of public speaking is ranked #2, ahead of the fear of death (#6).

From my experience, the main reason why people are afraid of public speaking is because they don’t want to mess up in front of others.

In this blog post, I’ll help you prepare and deliver a presentation that not only staves off embarrassment, but also makes people sit up and pay attention.

1. Have a Clear Idea

It’s better to have one short, well-developed idea than a wide-ranging one that doesn’t go as deep.

When I delivered my first keynote address when I was 15 (in front of about 500 people), I made sure I had all 3 points laid out on a sheet in front of me, including all of my stories, analogies, and jokes. That’s enough things to keep in mind for one topic, let alone multiple ones!

From a practical standpoint, I like to write my presentation out in an essay form before building out slides, adding jokes, and figuring out stories to include. These days I also try to talk without slides because I can use them as a crutch. But if I do have slides, I use Google Slides, Keynote, or something similar that can help me build a beautiful, impactful presentation. 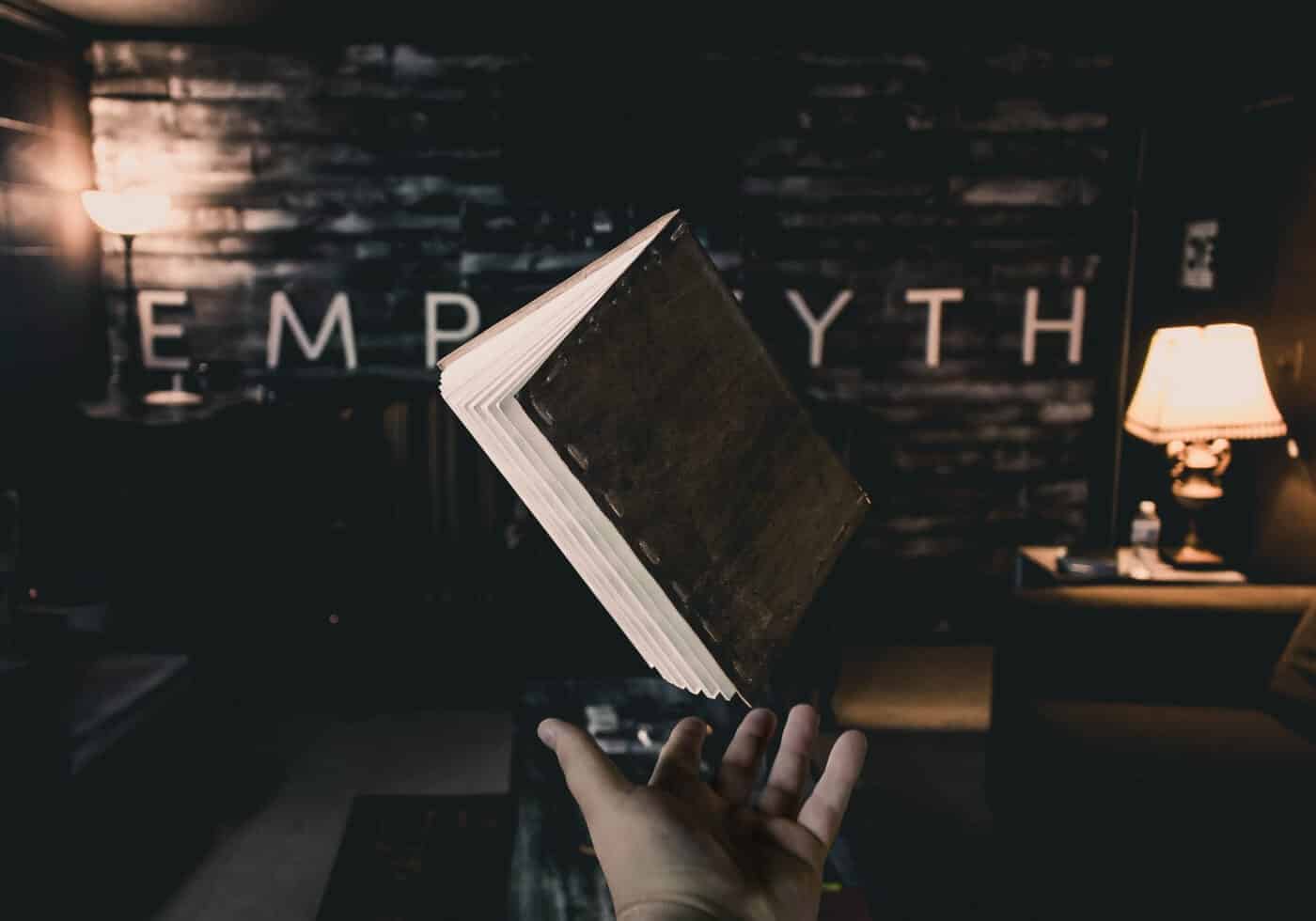 Use well-structured stories to get people to understand the “Why” of your presentation, before you give them the “What.”

Every story is comprised of 3 elements:

How does this work out? Check out the old nursery rhyme Jack and Jill:

Jack and Jill went up the hill to fetch a pail of water.

Jack fell down and broke his crown, and Jill came tumbling after.

Here are the elements:

Stories are important to move your presentation along, but they’re also important because they add emotion to your presentation. And it’s only through emotion will your audience buy into the idea you’re trying to persuade them to believe.

As Simon Sinek says in his popular Ted Talk Start with Why:

“People don’t buy what you do, they buy why you do it.”

3. Use Analogies and Metaphors 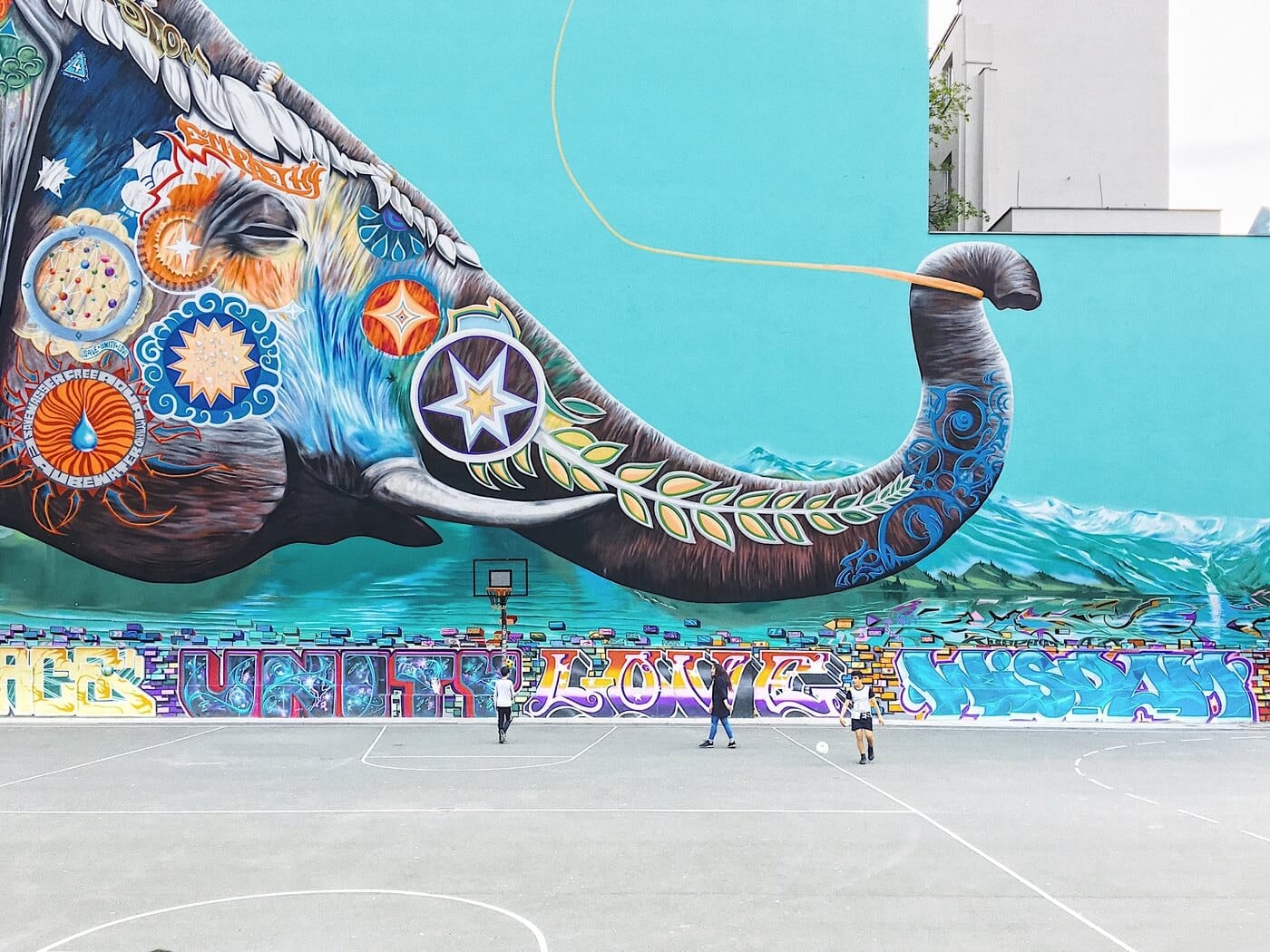 I had dinner with a couple of friends a few nights ago, and we discussed how we have to be understanding of others because it’s possible have two different opinions and yet still have both parties be right.

As I racked my brain for a way to explain this, I remembered the story about the blind men and the elephant. The story goes that there was a group of blind men who were touching an elephant to try to figure out what it looked like:

While all the men were correct in some way, only when they put all of their observations together did they understand what the elephant actually looked like.

When I told my friends this analogy to describe how people can have different viewpoints while all being correct, they understood the concept and agreed with me, immediately.

Similarly, you can use less words by using more descriptive analogies and illustrations.

A book that showed me the true power of this is C.S. Lewis’s Mere Christianity. In it he explains highfalutin’ theological principles with such clear, every day analogies that I use them in my day-to-day – even when I talk to friends. 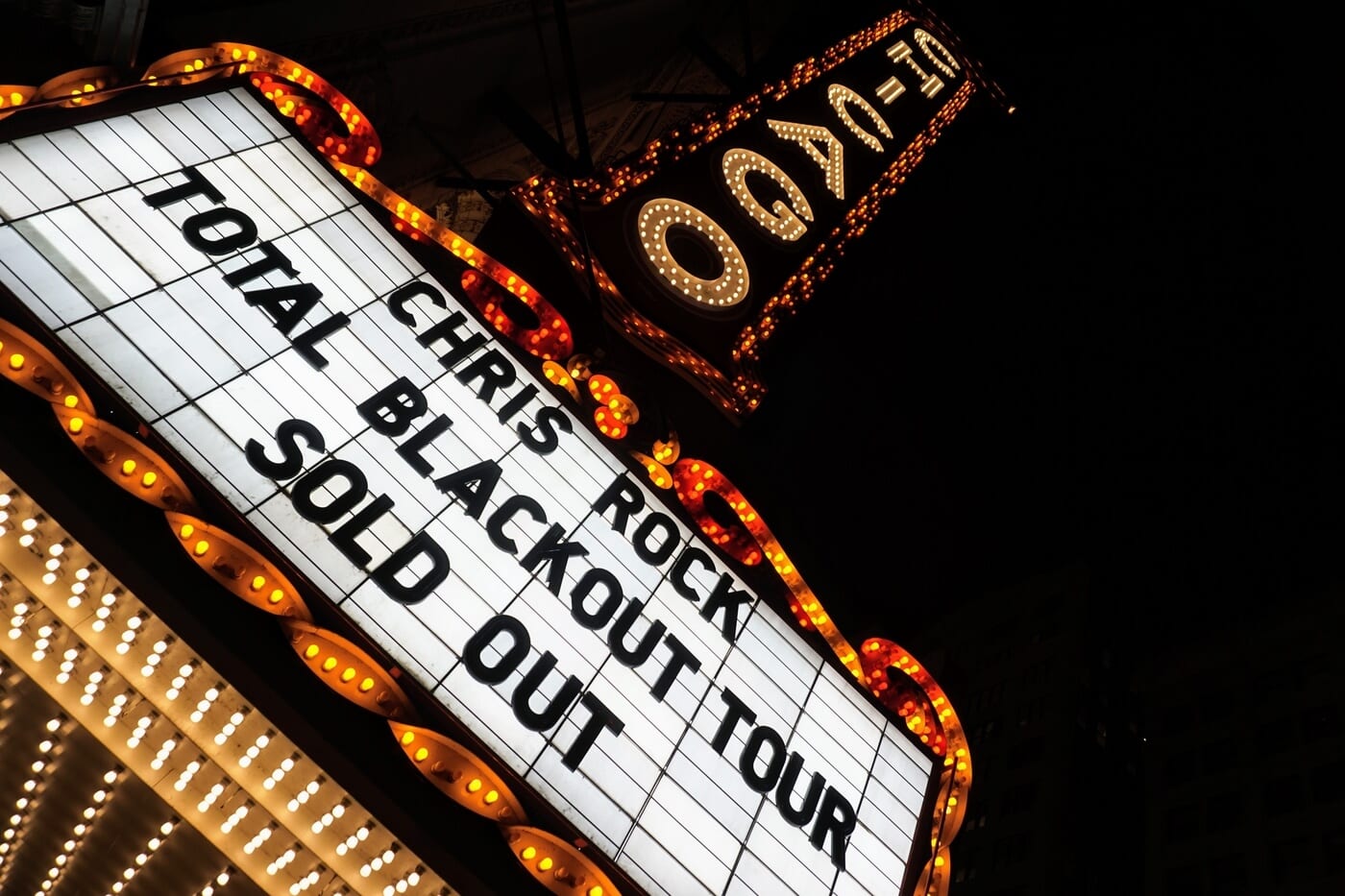 You can have the most ground-breaking idea in history, with the most compelling stories ever told that leave your audience feeling empowered and informed after your presentation.

But if you don’t add in a dash of humor to lighten things up, they might not feel as good about you as a presenter; your audience might not connect well with you as a person, unless they feel like you’re human, just like them.

The most powerful way to become fun? Make fun of yourself. Don’t take yourself too seriously. In particular, I enjoyed Anna Kendrick’s memoir Scrappy Little Nobody, where she basically makes fun of and tells embarrassing stories about herself for 200 pages.

And having read other memoirs, I’ve become convinced that becoming funny is just as much skill as it is talent. Ellen, Ali Wong, and Amy Schumer would all practice jokes in front of small crowds with notepads in hand to write down audience reactions to little changes they made to pauses, punchlines, wording, and transitions.

If you’re curious about the work required to be funny, check out Steve Martin’s book, Born Standing Up.

Plus, humor helps a lot with the next point: 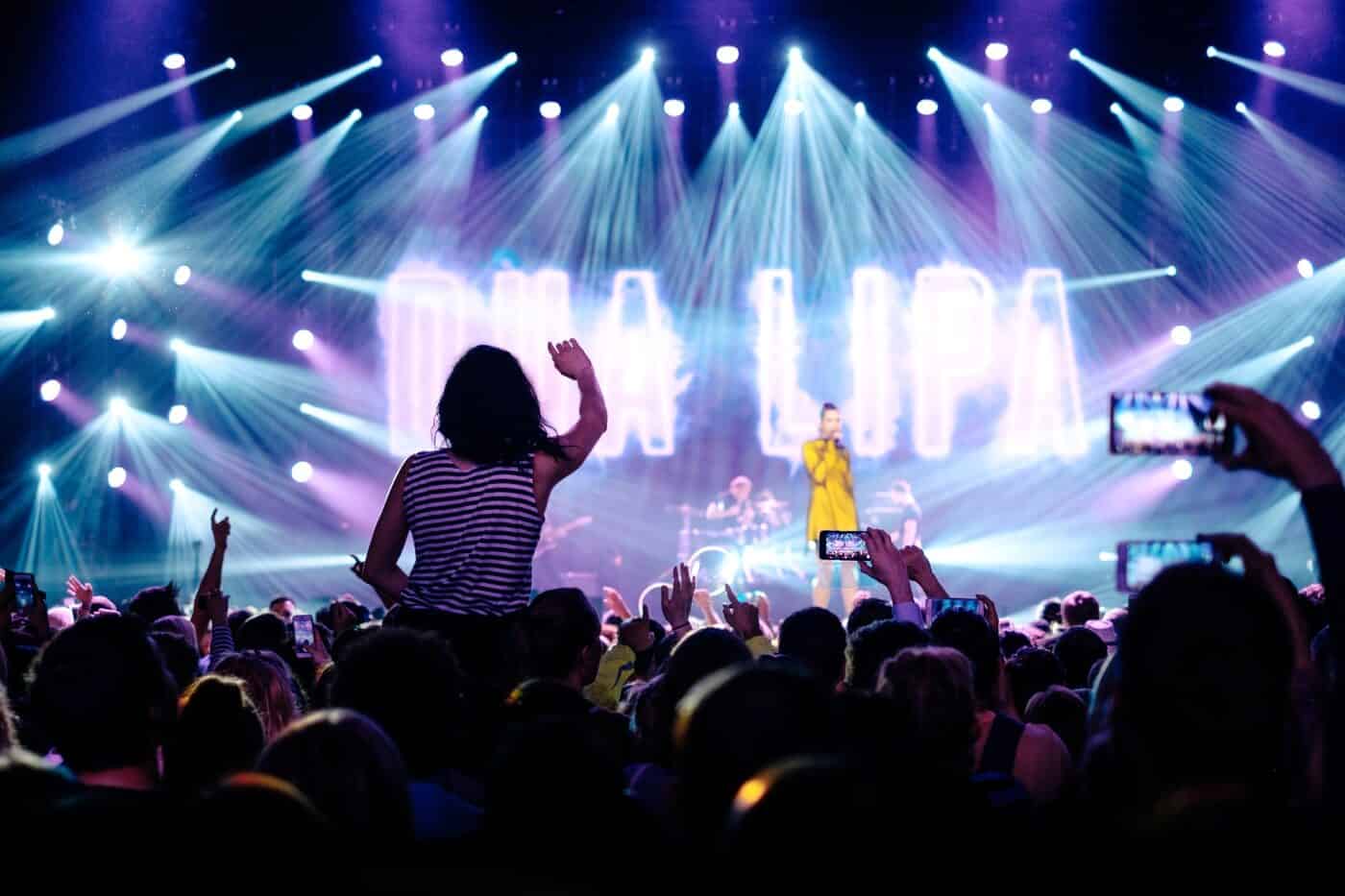 The reason why you want to tell stories, crack jokes, and use analogies is so that the audience feels comfortable with you. At the end of the talk, if you did all of the above and didn’t overstay your welcome, you can bring a few gifts and when play a little game of Q&A to wrap your talks.

Now, don’t start off with a game, because in the beginning people still feel awkward and shifty; they don’t trust you yet. But if you made them laugh and feel good during your presentation, then they’ll eagerly jump from their seats when you say, “The first person to get the answer right gets a prize!”

Conclusion: Learn from the Best 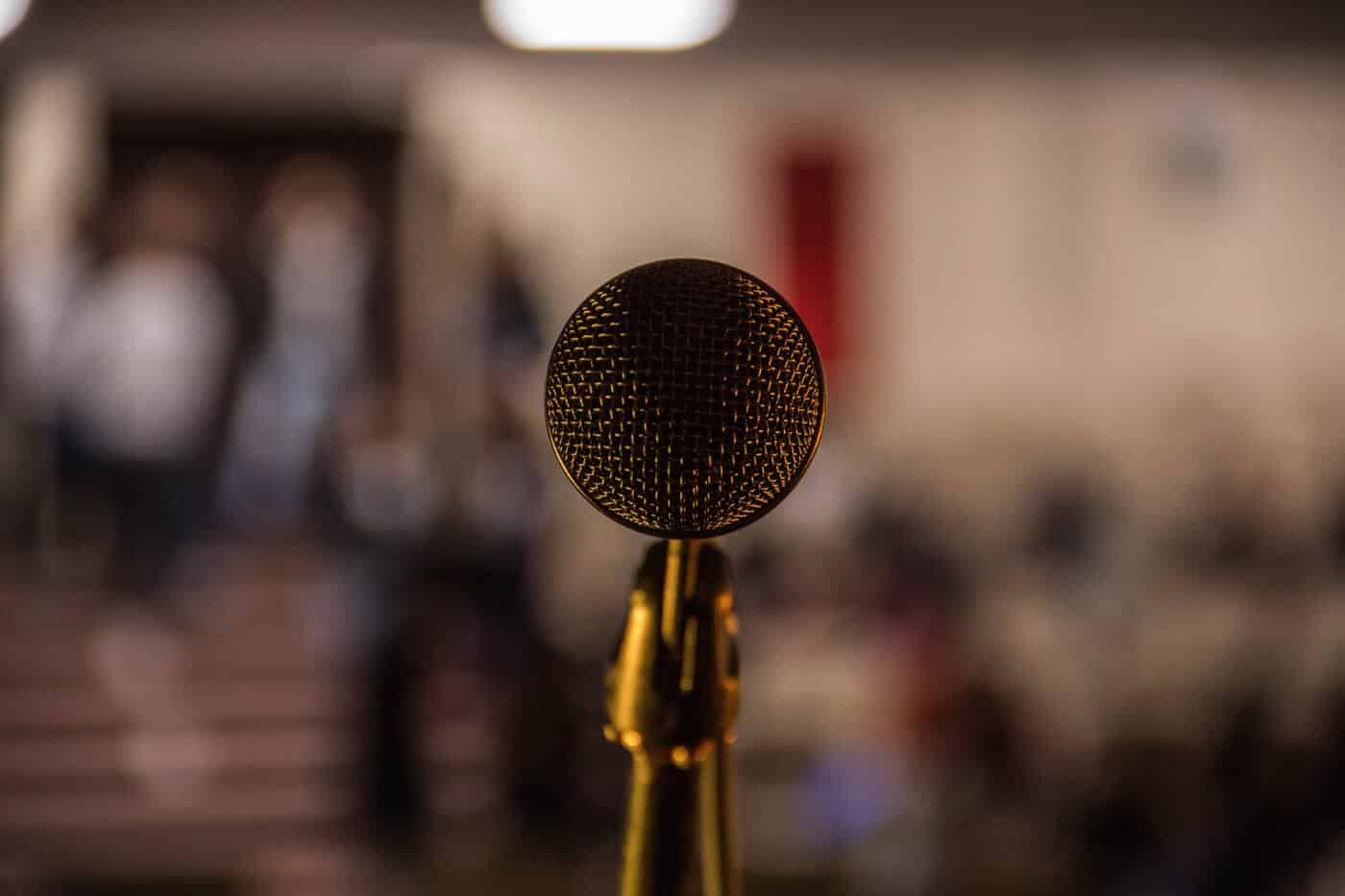 No matter how comfortable you become as a presenter, you can always get better. For more advanced tips and mindset on great presentations, you can:

And finally, if you just want a way to pump yourself up before your next presentation, then check out the most popular TED talks of all time – these talks are the perfect combination of great ideas paired with a compelling speaker. You won’t regret it. 😉