Neither was my “dream school” (I never had one), but I was pretty certain that I would end up going to UCLA.

Honestly, I applied to USC sort of on a whim and I never thought I would end up going there. Mainly because I knew it was such an expensive school (it’s one of the most expensive universities in the nation) and I knew my parents wouldn’t be able to afford it.

Suddenly USC became a more serious part of the picture and I found myself having to make a pretty tough decision. 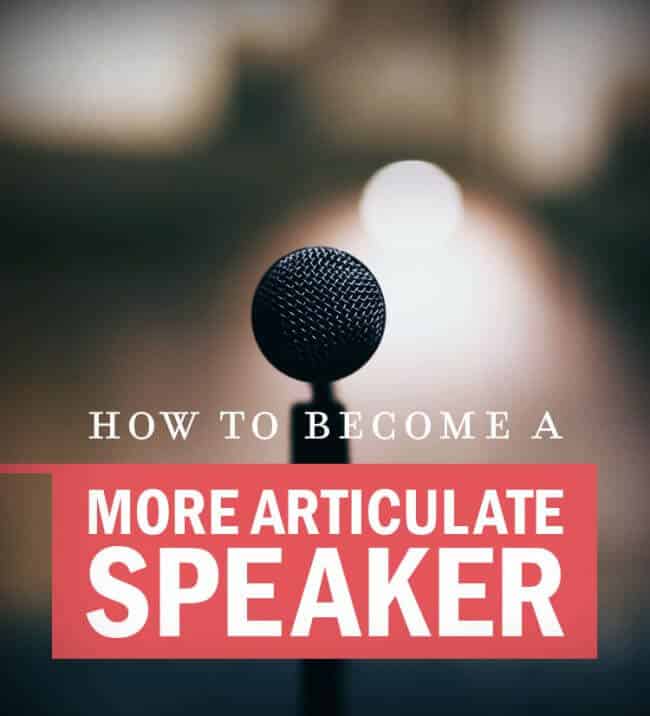 Want to listen to an audio narration of this article? Just click play below:

Additionally, you’ll find this narration included in the College Info Geek Podcast feed. If you haven’t already, you may want to subscribe!

On paper, both schools seemed like equally great choices. Both schools have:

So when it came time to make my final decision, the determining factor ultimately came down to one thing… my campus visits.

And after visiting both campuses, I ended up choosing USC.

Now, I’m not telling you this to bash on UCLA (though I must say, if you’re deciding between the two, USC is definitely the way to go)…

I’m telling you this because I think it’s a perfect example of just how important it is to be well-spoken.

Ultimately, I chose to attend USC over UCLA not because the academics were so much better…

Not because the athletics were so much better…

And not because the location was so much better…

But simply because the students I met at USC possessed the types of qualities that I wanted to possess myself. One of them being their ability to speak in a clear and engaging manner (an ability which, at the time, I did not have).

The Secret To Being Well-Spoken

I think we can all recognize the value of being well-spoken.

The way you speak plays a huge role in the impression you make on others, and thus your potential influence on them.

Whether you want to admit it or not, people are constantly judging you based on the language you use to express yourself. And whether these judgements are accurate or not, once they’re formed, they’re unlikely to change.

The good news is that being a good speaker is a SKILL. Which means that anyone can learn it, it just takes some practice.

And even better news is that there’s ONE thing that you can start doing today that will instantly make you a better speaker.

As soon as I started doing this one thing, I finally stopped stumbling over my words and I finally started speaking with much greater confidence and flow.

If you’ve ever struggled with articulating your thoughts into words, what you need to realize is this…

WHAT you say is a lot less important than HOW you say it.

The secret to being an articulate and engaging speaker is to be more expressive.

So many people get stuck trying to find the “right” words to say because they want to appear intelligent, but the thing is, even if you do say the “right” words, if you don’t say them in the right way, then it’s still not going to sound good.

You can say the same thing in a different tone of voice and it can have a completely different meaning.

For example, if someone says something that you think is cool and you say, “Dude that’s so cool…” vs. “DUDEEE, that’s SO cool!!!”… There’s a big difference, right?

Even though the words are the same, the way you say them makes all the difference.

So instead of trying to perfectly articulate your thoughts into the “right” words, you should focus your energy on being more expressive.

The easiest way to practice this is by recording yourself (the audio recorder on your phone should work just fine) while practicing saying different things and expressing different emotions. You should pay particular attention to your pace of speech and tone of voice.

As painful as it may be to hear your own voice, this the best way to hear yourself the way other people hear you.

As a general rule of thumb, you should:

Above all, the most important thing is that you are conveying the emotions behind what you’re saying.

As long as you are able to accurately convey the emotions behind what you’re saying, the details and the exact words you use are much less important.

And if you’re really serious about learning how to be more expressive, I’d highly recommend signing up for something like an improv class or an acting class, since this is one of the main things they teach. 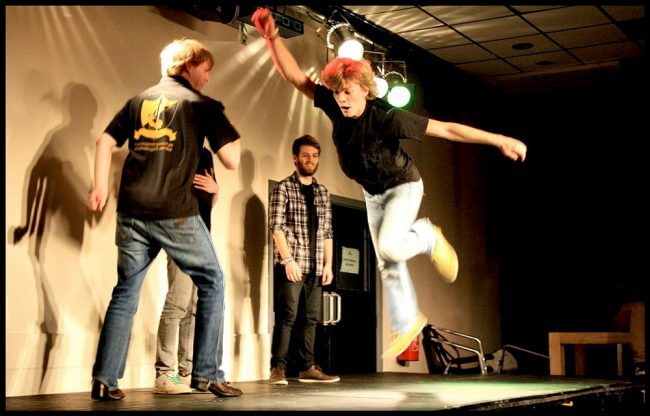 If you’re not quite ready to sign up for an improv class (and you’ve already practiced recording yourself), here are few additional techniques that will help you take your speaking skills to the next level.

If you tend to talk faster when you’re nervous, focus on slowing down.

Get comfortable with taking pauses to gather your thoughts and don’t be afraid to take a second or two to find the right word (but remember… the exact words you use are less important than how you say them!).

A good rule of thumb from Thomas is to “speak slowly enough that you feel a little uncomfortable doing it.”

And if you ever start stumbling over your words, just take a deep breath and start over. Whatever you do, do not panic. Focus on taking deep, slow breaths to stay calm and relaxed.

Excessive use of filler words make you appear inarticulate and unintelligent.

That being said, they’re a natural part of human speech and everyone uses them to some extent. So while it may be unnecessary to completely eliminate fillers from your speech, it’s important to understand that the the appropriateness of them varies depending on your audience and your purpose.

For example, when you’re having casual conversations with friends, it’s not a big deal. However, when you’re meeting people for the first time, attending job interviews, or giving formal speeches, you will definitely want to minimize your use of fillers as much as possible.

If this is something you struggle with, check out this article from the Art of Manliness for some additional tips specifically on this topic.

If people often ask you to repeat yourself, take it as a cue that you need to work on your enunciation.

Just like using too many filler words, mumbling connotes a lack of confidence and makes you appear inarticulate.

If you’re a soft spoken person, chances are you may also need to raise the volume of your speech. Pay special attention to make sure that you are ending your sentences just as strongly as you start them. A common mistake I see people make (and that I often used to make myself) is trailing off at the end of phrases.

You want to make sure that you’re speaking each and every word clearly and loudly enough so that other people can hear you. You might find that doing so will also help you feel more confident, which in turn will enable you to speak more smoothly.

This tip comes from the great Ramit Sethi.

According to Ramit, “The number one strategy for telling great stories is to keep a Story Toolbox — a place to write down interesting stories that you can later develop.” 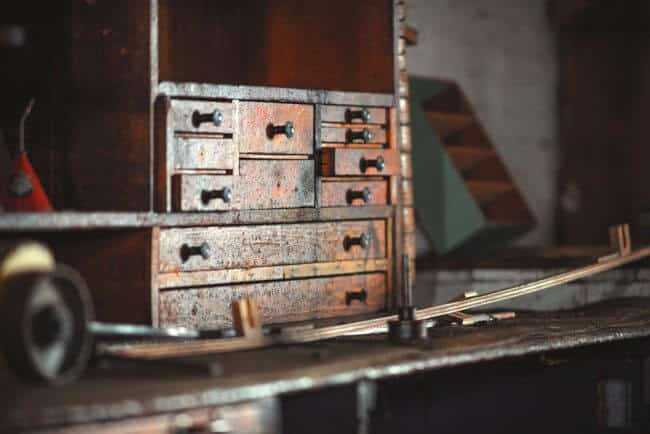 The basic premise behind this strategy is to always have a handful of stories in your back pocket that you’ve tested, refined, and practiced over time.

Most of us are lousy story tellers, and we think that those who are good at telling stories are just “natural” story tellers. But the truth is that telling a good story (just like being well-spoken) is a skill, NOT something you’re born with.

So if you want to get better at it, you have to practice.

5. Be aware of your body language.

This is a more advanced tip, but if you want to be an articulate speaker you have to be aware of the messages your body language is sending. If your body language doesn’t match your verbal language, people will question your credibility.

Here are a few major body language signals you may or may not be aware of:

An easy way to improve your body language is by 1) observing the body language and hand gestures of celebrities and public speakers, and 2) practicing in front of a mirror (or even filming yourself on video).

I just threw a lot of information at you all at once, but if you take nothing else away from this post, just remember this:

What you say is less important than how you say it.

So long as you can accurately express the emotions behind your words, everything else will take care of itself.

“At the end of the day people won’t remember what you said or did, they will remember how you made them feel.”
– Maya Angelou