Ah, yes. November. Today marks the day that bros everywhere absolve themselves from proper hygiene in order to participate in the greatest of all manly traditions: No-Shave November.

They’re putting away the razors and hoping, praying, and begging for this to be the year those patchy spots go away – the year they’ll finally be able to grow a beard that’s, well… beard-tacular. However, we must not let the beard hog the spotlight; it’s younger and arguably suaver brother, the mustache, is just as deserving of respect.

Mustaches are a monument to manliness. Indeed, if you grow one, your testosterone will actually increase by more than an insubstantial margin. However, no matter how good of a mustache you grow, no matter how thick or long it is, no matter how many Japanese tourists run up to you and snap tourist photos, your mustache will never out-class the mustaches of the greats.

Even if your mustache connects with your chest hair in a manner that restricts your neck movement, it will still never be #1. Even if your mustache somehow solves a major world crisis by granting you superhuman powers of diplomatic intimidation, you will forever be second-tier. In honor of No-Shave November: these are the greats, and their reign will never be challenged. Enjoy. 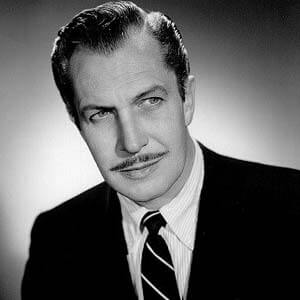 Vincent Price is the sexiest man who ever lived, and if he were alive today, none of you would have girlfriends. Ever. End of story.

This is the man who rocked a suit before suits ever were a part of rock. He rocked that suit so hard that the dry cleaners had to call in reinforcements every time his wife showed up with it. That’s right – his wife did his dry cleaning for him. Still, he was such a gentleman that he waited outside the shop for her and even opened the door to the car for her when she got back in.

Vincent Price is so smooth, he doesn’t even need the yawning trick. When he yawns for real, women just jump on him. Seriously, take a look at that mustache. It’s neat, proper, and all business. It’s a mustache only a great man can wear, and Vincent Price is the greatest. 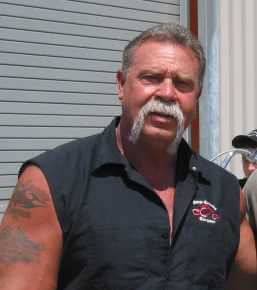 Seriously, when you build custom bikes for a living, have your own TV show, and get on the cover of Muscle & Fitness, you know you owe it to the ‘stache!

No one knows this better than Paul Sr. of Orange County Choppers. Back in the day, Paul Sr. was a lowly waiter in a biker bar. He had no idea how to build bikes; all he knew how to do was bring out crappy draft beer and get kicked in the pants by bikers who knew a thing or two about facial hair.

Then, one day, Paul Sr. had enough. He grew a ‘stache in 28 days, then on the 29th he came into the bar and beat up all the bikers with his bare hands – even the one that weighed 500 pounds of pure steroids.

But that wasn’t enough. His mustache got into his head and told him – “Go and build the raddest bikes the world has ever seen (or I’ll tear your jaw off)” From that day on, Paul has been working at OCC, making bikes that are scientifically proven to increase the sperm count of any man that sits on them.

Jamie Hyneman is living proof that you can make a living blowing stuff up – as long as you have a killer mustache. In fact, Jamie’s mustache is so awesome that it was able to sustain not only him, but his clean-shaven partner Adam.

Over the years, the duo have blown stuff up in every state, and due to the mustache, they are protected from the Homeland Security Division by a shield of pure awesomeness. As Jamie has aged, however, his mustache has lost some of it’s luster – Adam had to grow his own recently, as the Jamie’s mustache is only capable of working for one person now. 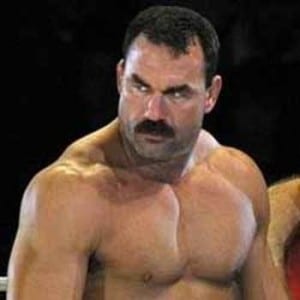 Don Frye is literally the scariest man in the world. Even without the mustache, this man would make you crap your pants if you ran into him alone in an alley (or even if you have 18 of your friends with you, and you happen to be real tight with the dudes in the Arnold Classic).

However, he DOES have a mustache, sucker – and because of that, you’ll crap your pants so hard that they’ll shoot down to the center of the earth in a desperate attempt to escape. Then you’ll be facing off against Don Frye with no pants. Better act a fool! 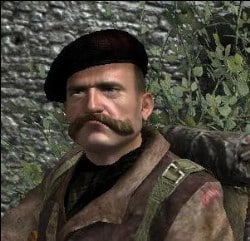 Your dad had a fear-inspiring mustache and you know it. From the moment you were born, you saw your mother and loved her and knew she would always take care of you.

Then there was your dad – was he the same? No. Of course not. Your dad wasn’t the wimpy, spineless, be-my-kid’s-buddy, bare-lip parent that you’re going to end up as – your dad played hardball and he had the mustache to go along with his general level of KICK YOUR FACE IN.

You knew there was no arguing with your dad – no bargaining, begging, or striking deals – when that belt (or tennis racket, shovel, or Dodge Ram) came out, you knew your butt was gonna get beaten and you deserved it.

Your dad tried really, really hard to make you into a man – maybe it worked. Feel your upper lip – you’ll know if it did.

If you’ve seen this article before, it was originally posted at my personal website. I decided it deserved a place here.