You may have extrapolated from my videos and references to DDR that my favorite video game genre is the rhythm genre.

If so, you’d be dead wrong. In fact, that title goes to 3D platformers.

I grew up playing games like Crash Bandicoot, Spyro the Dragon, Psychonauts, Jak and Daxter, and Sly Cooper; games like these are among my all-time favorites.

So when my friend Quinton showed me the Kickstarter page for a new 3D platformer called A Hat In Time, and pretty much yelled, “Take my money!” on the spot and became a backer.

Check out this video to see why I’m so excited for this game:

The 3D platforming genre has all but died out in the last few years, so seeing a game like this being developed is pretty much a dream come true.

The game itself isn’t the only cool thing about this project; I was also excited to learn about Gears for Breakfast – the team behind it. Not only do some of the team members hold down full-time jobs, but others are still students!

When I learned that, I got the idea to interview the Gears for Breakfast team. In this interview, we cover a couple cool things:

So, if you’re a student looking to learn how to make your own games – or just a fan of old-school 3D platformers – you should enjoy this interview!

A Hat in Time is a 3D, platforming collect-a-thon in the spirit of the classic Nintendo 64 games that we know and love, such as Mario 64, The Legend of Zelda Ocarina of Time / Majora’s Mask, Banjo Kazooie / Tooie and Donkey Kong 64.

2. Can you talk a bit about the story/mission in the game?

You play as Hat Kid, a time traveler who is collecting the “Time Pieces” around the universe of the game.

You’ll meet various characters such as Tim, CEO of Time who needs your help. You’ll also run into Mustache Girl, a troubled girl who seeks to use the Time Pieces for evil purposes.

You’ll start on your time traveling spaceship, but what happens next will be a surprise!

3. This game seems like a revival of a genre that’s kind of died down in the last few years. What was your inspiration for making it? Were there specific games that influenced you and your team?

As mentioned before, we’re inspired by Mario, Zelda, Donkey Kong and the Banjo series. We’re looking at what makes each one great and mixing it in a bowl to form A Hat in Time.

4. What are the different design components that go into making a game like this?

We’re a team of 8 people from all across the world, so our development methods are somewhat different to professional game development studios. Each member has a specific role such as artist, designer, sound, concept and so on and we discuss our ideas together.

It’s a very relaxed attitude and it has helped make the game what it is so far. Rather than being told what to do, we treat each other as equals, which keeps morale high.

5. I think people are familiar with most of those things – animations, modeling, etc. However, I’m not so sure I know what rigging is. Can you explain that a bit?

Game development is a lengthy process – and costly, too!

We have modelers who essentially create worlds like you would with Legos, and we have character artists who make the various NPC’s that bring life to these empty worlds.

Then we go into things like animating and rigging. What that means is you’re essentially making a set of bones, placing them inside the characters, and then telling the game which bones move what part of the body. When you work with fantasy you can probably imagine the bones get pretty crazy!

In a way, making a game is a bit like being a mad scientist as we’re always creating things out of nothing. It’s very satisfying. 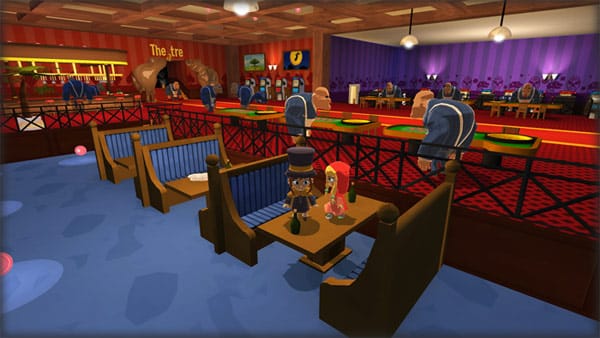 6. Switching gears – how did you first get into making video games? Did you go to school to study them specifically, or just start making them on your own?

I haven’t met anyone in the industry who only learnt their skills in school. I think all developers have some level of self-taught skill in them.

7. What’s your advice for students looking to learn how to make games? Do you have specific programming languages or tools you’d recommend mastering?

In the end they’re just tools; it doesn’t matter what you learn but how you use them. Generally, programming languages have similar tendencies so most people can pick up programming pretty quickly.

As for students, I suggest they jump into modding – specifically with more modern engines.

When I started, I was modding the Half Life 1 engine and then I moved on to the Source engine. Now I’m using the Unreal Engine (UDK) and these are all tools that anyone can obtain for free to experiment with.

I also can’t stress the importance of practice, and you also need to find your drive. Too many times I’ve seen people find themselves stuck in a slump where they’re depressed at the quality of their work compared to others.

You just need to find what works best for you, really – get involved with communities like Polycount where a lot of professionals hang out and just keep working till the sun sets. 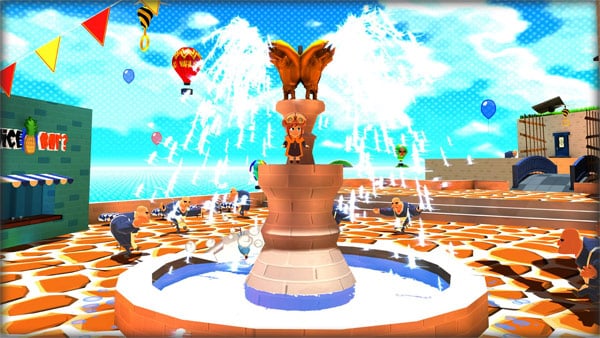 8. Is there a difference between making smaller, independent games and big-budget studio games in terms of what students should study and be versed in?

Yes and no – but the difference is so minor.

Generally, all games are made the same way; however, different studios have their own techniques. It’s almost like a family skill passed down through each generation. Suffice to say the industry as a whole is still trying to discover what it is, and we’re always inventing new methods and tools to make games better.

Back to the question: it’s really the case of how big and experienced the team is. The big boys, the AAA, are at the top of the game and they have the best talent this industry can offer so if you want to work in that field you need to look at the work they’re producing and mimic it.

If you can’t match their quality, then you need to practice more. As for independent games, it’s more relaxed as the teams are smaller and the payoff may be smaller too.

Suffice to say, just make game prototypes or art or levels and just build up your skills. One day you’ll look back and be surprised at how rubbish you were back in the early days.

9. Going back to Hat in Time – you guys managed to get Grant Kirkhope (the composer of the Banjo Kazooie soundtrack) on board.

A lot of students have told me that it seems impossible to build relationships with well-known people in an industry. How did you guys go about building that relationship with Grant?

It’s no secret the top guys in the industry are hard to talk to – though a lot of them do hang out on Polycount.

But fortunately some of them are very friendly people such as Gabe Newell at Valve or as you said, Grant Kirkhope. All we had to do was contact him over mail and he was more than happy to talk back – so there are nice people out there in the world!

Our relationship is strictly business, however, but as a gamer he’s shown interest in the game and admires our goals so we’re pretty pleased.

10. When can we expect to see A Hat in Time released?

No promises – we don’t want to let people down, but for now we’re aiming for early 2014 though it could be longer. Development is erratic and it’s never clear when a game will be completely finished. 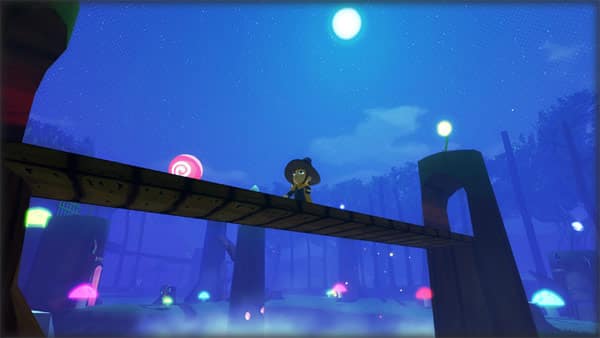 Needless to say, I’m incredibly excited for early 2014 to roll around.

If you’d like to support A Hat in Time while the team finishes development,  vote for the game on Steam Greenlight! You can also follow its progress on Facebook and Twitter, as well as on the game’s official blog.

Game development is an interesting subject for me, so I’d definitely like to do more content like this in the future. Are there any other things about this subject you’d like to know about? Let me know in the comments!