Sometimes I feel a bit like Bootstrap Bill. You remember that guy, right?

This dude – Will Turner’s father in the sequel to Pirates of the Caribbean, if it jogs your memory – leaves his family for a life of piracy and ends up press-ganged into service aboard Davy Jones’ ship.

After dozens of years aboard, he – along with the rest of the crew – starts to become one with the ship. A starfish attaches itself to the side of his face. Coral starts growing out of his back. It’s kinda nasty.

It’s even worse for Wyvern, another crew member deep in the bowels of the ship, who has started to actually fuse with the walls…

…and that’s what it feels like when I stay home for too long. Actually, I guess I feel a bit like Wyvern, not Bill.

Either way, the point is that when I stay home for too long, I start to feel stuck. Things start to feel stagnant, I lose inspiration, and the things I create aren’t as good as they usually are.

That’s one of the main reasons I try to travel semi-frequently.

Often, my trips are for business – like the recent Podcast Movement conference I went to with the guys from Listen Money Matters – but this isn’t always the case.

Take, for example, Camp Nerd Fitness. Essentially, this was a 3-day summer camp for adult nerds. And it was awesome.

Ever been to summer camp before? I have, around the age of 10 – and I’ve dearly missed it ever since I left. Mainly because of this: 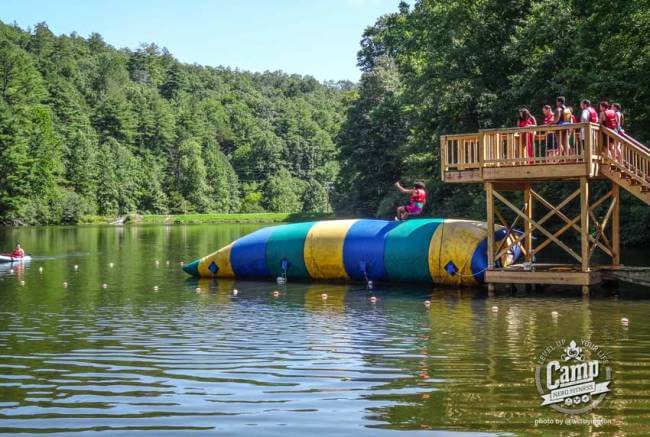 So going to Camp Nerd Fitness was a bit of a dream come true – two, actually, as it was also a chance to hang out with my friend Steve Kamb, the creator of Nerd Fitness and one of my biggest inspirations (example: his Epic Quest of Awesome heavily inspired my Impossible List).

Looking back, the experience was so awesome that frankly (hah, I kill me) I need to write about it. Except…

“Your blog needs to help people. Unless you’re super famous, it shouldn’t just be a journal.” – Fizzle guys

My commitment with every post on this site is to do just that; help people in one of the several ways related to being a better student. So in this post I’m combining my desire to write about my experience with that commitment and bringing you the…

…because even though it was an incredibly fun weekend, I think the experience was really valuable as well.

In the spirit of collaboration, five of these takeaways are from the mind of yours truly, while the other five were provided by some of the awesome people I met at camp. 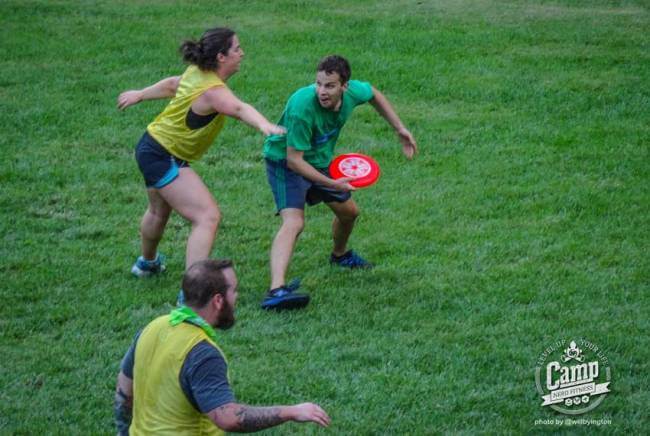 When you get busy with classes, projects, studying – or a full-time job – it’s easy to fool yourself into thinking that just doing a 1-hour workout three times a week counts as “good” in the moving department.

Honestly, if that’s all you can manage, that’s great. As an incredibly busy person, I totally understand. Still, it becomes quite clear that it’s not really enough when you go to a camp and really, truly move for two and a half full days.

After completing a ropes course, playing hours of kickball and Ultimate Frisbee, practicing one-handed cartwheels and tornado kicks, and completing a full powerlifting competition, I was incredibly sore. In fact, I don’t think I’ve been so sore since my first day of wrestling practice back in 8th grade.

The big idea here: Try to find a day or two once in a while to really get out and move. Spend the whole day doing physical activity. It’s what our bodies are evolved to do, and most of us are horribly out of practice!

2. Getting Away from Your Stuff for a While is a Good Thing 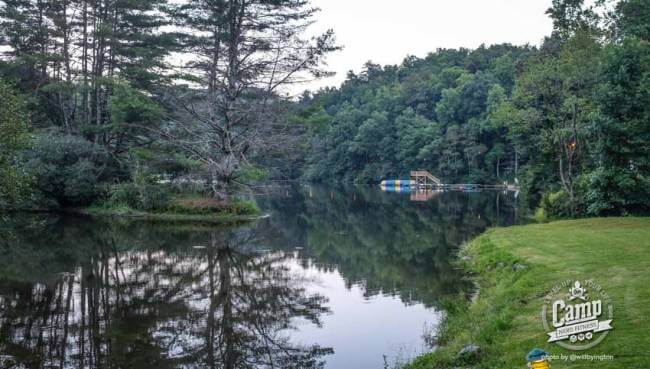 “It’s worth sacrificing all of my material possessions in the pursuit of camaraderie and my spirit of play.”

I have to say I completely agree. I don’t think this means actually getting rid of all your stuff; rather, to me it means being willing to get away from all the trappings of your normal life on occasion.

Go out and spend some time in a rural area without cell phone reception. Don’t bring all your stuff along. Most importantly, live in the moment. Be present.

3. Adventure and Competition are Both Insanely Motivating 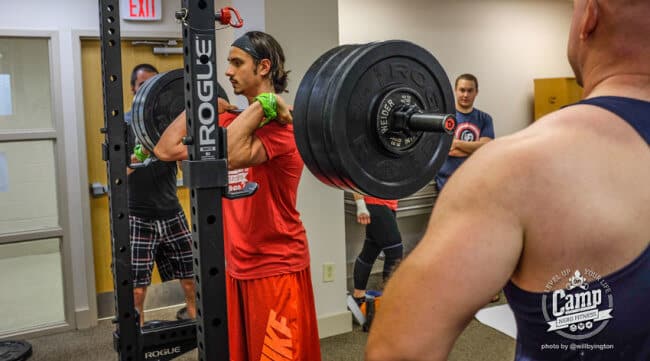 I’ll be honest: before heading out to Camp NF, my lifting consistency had really taken a nose-dive.

During the summer, my girlfriend Anna and I were hitting up the gym at least a couple times a week – but when the school year started (and I got more ambitious with my content schedule), we started settling for DDR sessions more and more.

Queue the Camp NF powerlifting competition – where I got to really fire on all cylinders on the squat, bench press, and dead lift. On one hand, I found that my numbers had gone down significantly since I stopped lifting regularly (especially my bench)…

…but on the other hand, I found that this realization motivated me rather than discouraging me. There’s nothing quite like participating in a big event with lots of other people to get you motivated again. 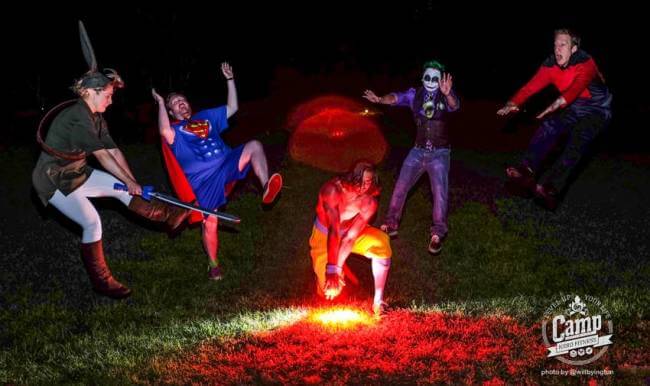 “Go on your quests without fear. Don’t fear judgement, don’t fear looking silly trying something, and don’t fear rejection when meeting someone new.”

I love this idea. A few years ago, if you would have asked me to dress up as a video game character and go to a dance party, I’d have said no and stayed home. Meeting new people was hard enough.

As time went on, I forced myself to go to conferences and other events, and to initiate conversations with random people. I can’t say I was without fear, but I wasn’t going to let that fear stop me from growing.

5. Your Environment Plays a Huge Role in Making Friends 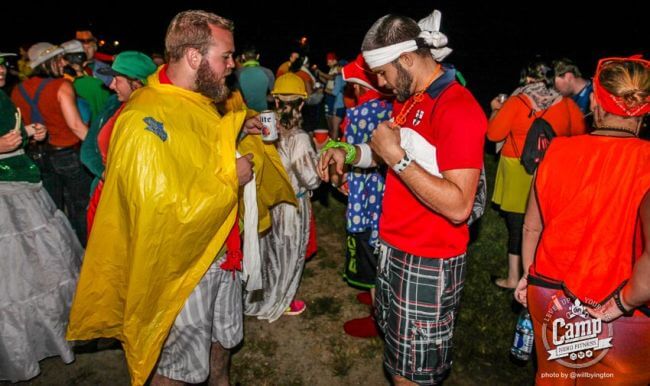 I once read an article in the NY Times about why it’s so hard to make friends after you’re 30. While I’m not quite at that age yet, I have noticed that making friends becomes harder once college is over.

After graduation, most people start moving away, finding jobs, and settling into routines. People who have a core group of friends still nearby probably try to hang with them as much as possible, and people who don’t often find themselves overly busy and unsure of where to find new people to befriend.

Like… do you just go to bars and say hi to some dude?

Camp NF reminded me of two methods that make it easy to befriend new people:

Running around a remote camp all weekend without my phone for most of the time – and participating in lots of different sessions – netted me lots of new friends.

It also reminded me that there are actually ways to use these methods closer to home: getting involved in local groups and sports clubs, showing up at your local game shop to play some Magic, etc.

6. Don’t Just Have Aspirations – Execute on Them 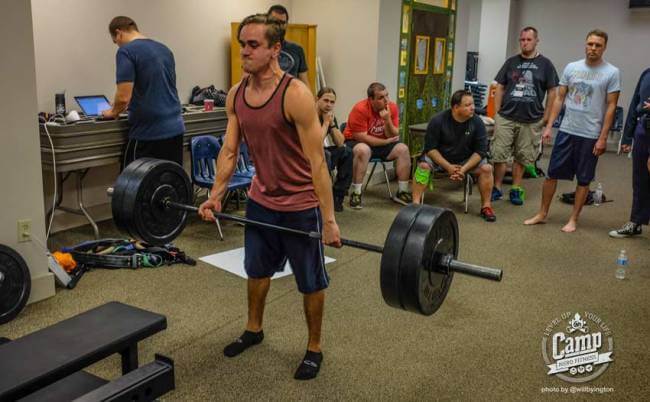 “I have a habit of sitting around and thinking about doing stuff, but not actually doing them. Being at camp forced me to go outside and get involved in as much as I could. I want to live life like I was at camp 365 days a year.”

In the days since camp, I’ve seen lots of other campers talking about this “Camp NF 365” concept, and I think it really embodies the idea that you need to get out and work on achieving your goals instead of just sitting on your aspirations.

Simply put: Execute. Have something on your Impossible List you want to achieve? Plan it out, break the goal into steps, and then be working on it every day. Make time. 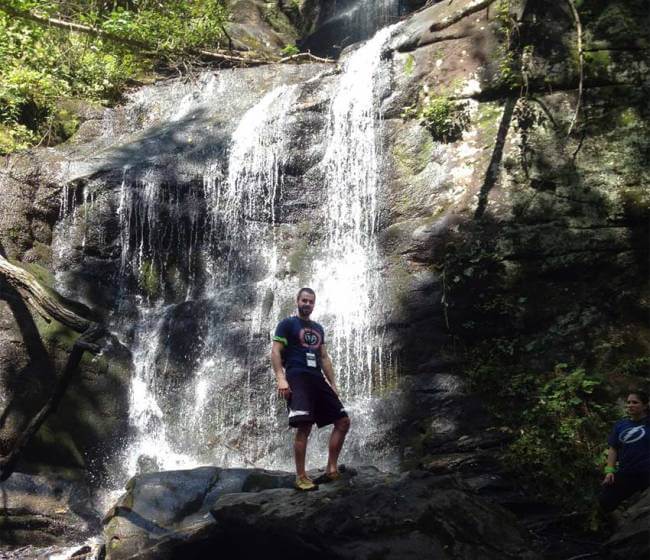 On Day 2 of the camp, Eric – one of the people I met – decided to organize a spontaneous hiking trip through the forest that surrounded the campground. Eric, ya did good.

Seriously, even though there were so many cool sessions and activities scheduled for the actual camp, this hiking trip was one of the most fun experiences I had.

We ended up with a group of over 20 people venturing into the forest. Once the trail ran out, we decided to climb up the rocks that littered a stream, and eventually found the awesome waterfall you can see in the picture above.

Takeaway: Planned things are cool, but don’t be afraid to jump into something on a whim. It can turn out to be a ton of fun.

8. You Become a Greater Person Through Humility 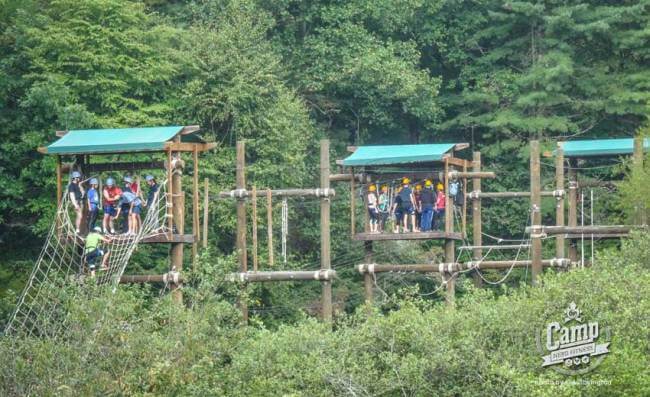 “I think the great impromptu team building exercise of “Get the frisbee out of the drink” was amazing. Complete strangers banned together with the sole purpose of getting a disc when clearly there were 2 other frisbees. I learned that I could be a greater person with humility.”

The last sentence is what stuck out to me, though my defining experience was the ropes course challenge in the photo above.

Since I lots of parkour and climbing in high school, I assumed I’d be able to do this ropes course all on my own when I signed up for it. This was not the case.

After reaching the first landing, I realized that the course wasn’t really doable alone (with cheating). My teammates and I all had to work together, stabilizing each other to complete the course.

I’m learning the value of teamwork and humility in my business as well; up until recently, I’ve been doing everything 100% solo for a very long time.

However, bringing on Martin to help build the new CIG design and my friend Laura to help with podcast scheduling has resulted in growth I wouldn’t have been able to create on my own.

9. Eating Healthy Can Be Delicious with a Little Effort 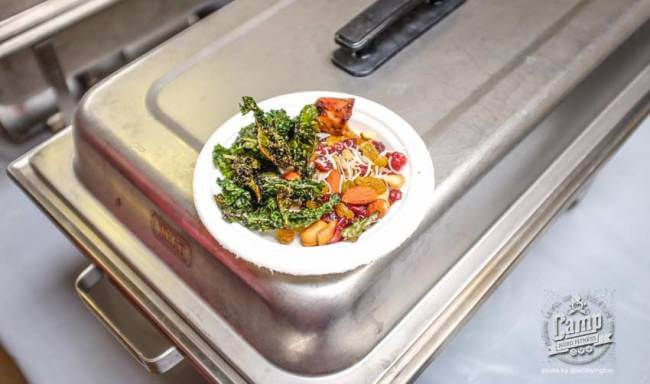 I’ll be honest here: I am not a Paleo eater by any stretch of the word. Though I try to eat relatively healthily, I eat plenty of bread and cheese, and don’t avoid sugar completely.

So I was a tad bit dismayed when the first meal of the camp included no bread, and only offered fruit as a sugar source.

But you know what? It was delicious – as were the rest of the meals at camp. Lettuce burgers, sweet potatoes, cooked asparagus – they really outdid themselves with healthy meals during the weekend. There was also a class on cooking healthy meals at home, which a lot of people enjoyed.

Takeaway: with just a bit of learning and effort, you can make some pretty damn delicious food without resorting to bread and sugar.

Btw, you can check out my post on eating healthy in college over on Nerd Fitness if you’d like to learn more.

10. Get Out of Your Comfort Zone 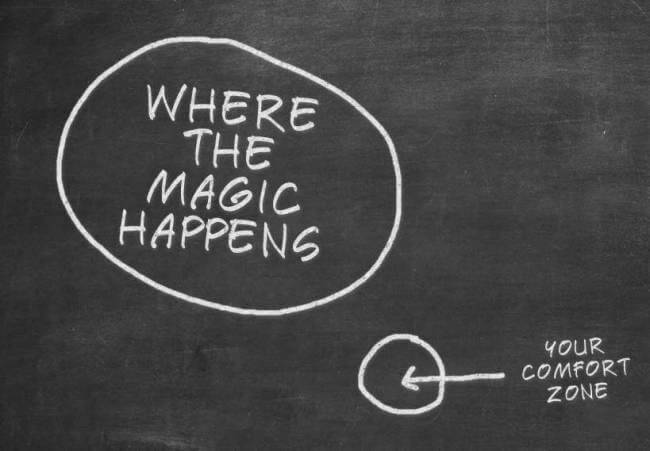 “Going out of your comfort zone can be so rewarding if you just give it a chance.”

Growth doesn’t happen if you remain in areas where you’re comfortable all the time. The area outside of it is where all the magic happens. Does something scare the hell out of you? Do it!

Here are a few other great reviews of the Camp NF experience, in case you’re curious:

Oh, and you should be there next year 🙂

Almost all photos in this article were taken by the amazing Will Byington.