Last Friday evening, I had the pleasure of attending a lecture from none other than Bill Nye the Science Guy. This was quite the special occasion, as our university had been trying to get him to come for 10 years.

To say the event was packed would be an understatement. I don’t know if you’ve ever seen tailgating at a science lecture before, but I now have. When the doors opened, people flooded into our auditorium faster than I’ve ever seen – in fact, I don’t think I’ve actually ever seen people skip the aisles and just run over the seat backs en masse before…

Craziness aside, hearing Bill Nye speak was awesome. As a long-time educator and entertainer, Bill is a master at giving an effective and engaging presentation. He also taught me some really important lessons during his talk – lessons that applied to me even though I’m not a scientist or engineer.

These are what I want to share with you today – my takeaways from Bill Nye’s presentation, which can be applied to your life no matter what your major is.

Bill Nye is a great example of a person with what I call the hacker mindset; he constantly looks for ways to improve things and processes, even if the reason for doing so isn’t readily apparent.

I believe the hacker mindset is something we should all try to cultivate. We should always strive to make things better. We don’t have brains just so we can perform the same rote processes over and over again; they’re made for creating. Even when there isn’t a problem readily available, we should be looking for what we can improve.

Bill demonstrated the usefulness of this mindset when he showed how his inherited affinity for sun dials actually helped NASA more accurately gauge the color of the Martian sky. By practicing his father’s old hobby of trying to make more and better sun dials, he stumbled upon a tool for getting accurate color readings from the shadows they create. There is now, for all intents and purposes, a sun dial on the Mars rovers  – all because of Bill’s tinkering.

We’ve Got a Lot to Fix

As it turns out, cultivating that hacker mindset in our free time is an even better idea than you might think, because we’ve got some huge problems ahead of us that do need solving.

With a rapidly expanding population, energy issues, climate change, and dumb government policies that somehow make meat cheaper than salad, there’s a lot to be done. Do you need to worry about all of it, all of the time? No.

Do More With Less

As an active member of the blogosphere, I’m very aware of the growing minimalist movement. Lots of people around my age are deciding that they’d rather live without much stuff, and are paring their lives down to the bare essentials.

Is this a good thing? I think the answer is yes – mostly. Our country is typically one of over-consumption, so any effort to live with less is probably a good thing.

However, I don’t think we should just live with less for the sake of living with less. While it’s important to be good stewards of our resources, we shouldn’t just pare down what we use and call it a day. We should try to make what we use do more.

Bill Nye thinks the same way, evidenced by his answer to a question of what to do about our limited resources:

“The key isn’t to simply live with less; it’s to do more with less.” – Tweet This

Back to the hacker mindset: instead of just deciding to live with less and moving on with our day (ie being lazy), we should try to figure out how we can use what we have to do more. Bill asks, “What if you could make a solar panel 50% efficient?”

Maybe you’re not a scientist, but you can still ask something like, “How can I make the money I spend on energy more efficient?” (maybe buy solar panels for your house, ride a bike more, or work outside so your lights are off?)

You Can Change the World

All throughout the lecture, Bill would often wrap up a point he was making by ironically (but not-so-ironically) saying something like, “Maybe you can fix this someday and… change the world!”

What I’d like to add to this is that it really doesn’t take inventing a 5000% efficient solar panel or figuring out how to bounce carbon dioxide back into space to change the world. Like I said earlier – all it takes is looking beyond our individual problems and applying the hacker mindset to problems we’re all facing together.

I do it by trying to help students make the most out of college – by doing so, I hope that some can possibly learn to maximize their potential, become more hirable, and end up getting a job or starting an innovative company that they otherwise wouldn’t have been a part of. If I can influence events like that, it’s enough positive change for me.

How can you change the world? 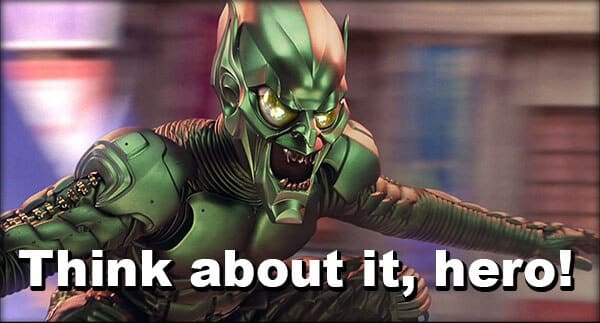