In college, I was notorious for reading everything except the books we were assigned to read. My classmates would notice me reading in the library and ask for a synopsis of whatever chapter we were being quizzed on, to which I’d reply, “I’m not sure. But this book about Stoic philosophy is awesome.”

Generally speaking, the world doesn’t care that you go to college. What matters is what you do while you’re there and what you have to show for it. And if making the most of your four years means forfeiting a couple reading assignments to expose yourself to a whole new world of ideas, so be it.

That being said, here are 11 lessons that are sure to inspire you to read beyond what’s on the syllabus this year.

1. Don’t Be Passionate, Be Purposeful | Ryan Holiday, Ego is the Enemy

Everyone tells you to follow your passion and become more passionate about your profession. But passion, Holiday argues, typically masks a weakness because all of the excitement as a byproduct distracts us from getting anything done.

We get so worked up about how much we love [insert profession] and what we’re going to accomplish that we get lost in our own thoughts and don’t actually accomplish anything. The alternative is being purposeful and redirecting that energy away from ourselves so we can add value to the world instead of blind enthusiasm.

2. You Can’t Overcome Resistance, You Can Only Tame It | Steven Pressfield, The War of Art

Pressfield is talking about resistance in terms of producing creative work, but his lessons apply to all fields of work. It’s impossible to escape that voice inside your head that says you’re an impostor or that you shouldn’t pursue something. But renouncing that voice only intensifies it.

It’s only through accepting that we’re fearful that we gain more control than the phonies who claim they’re fearless. For instance, the actor Henry Fonda would anxiously throw up before all of his acts — his only remedy was marching onstage and getting back to work.

Godin points out that what often separates talkers from doers is their ability to be agile with their plans. In other words, the future belongs to people who can change their minds when it matters most.

Doubling down on hopeless ideas is a recipe for frustration and failure. There hasn’t been a time in history in which it was easier and cheaper to bring an idea to fruition — keep adjusting the sails until the wind catches at just the right angle.

Whether you’re a doctor, a teacher, a lawyer, or even an engineer, you will have an advantage over your peers if you refine your storytelling skills. The human mind evolved to learn from stories, not logic and information. It’s why the story of the tortoise and the hare instantly makes sense and sticks in our memories while we forget bullet points and flash cards the minute a test is over.

As the internet drowns people in information, those who learn how to put that information into context and deliver it with an emotional impact will succeed.

We are constantly tempted to talk, especially online. Those “share” and “tweet” buttons pull our fingers towards the keyboard. But, as Greene says, the more you talk, the more likely you are to say something foolish.

Anybody can run their mouth, but what’s scarce is the ability to deliberately remove oneself from a discussion, to listen and observe without offering an opinion.

The idea that you don’t have to (and shouldn’t) talk all the time is liberating — it gives you more time to think. The next time you want to chime into a conversation, think, Am I saying this because I want to be heard, or because I have something to say?

Of the people that we want to admire us (Instagram followers, classmates, or even strangers), how many would be there if we had an emergency? The answer is, in all likelihood, very few. Though a bit cynical, de Botton poses these sorts of questions throughout Status Anxiety to put the approval-seeking process in perspective.

The pressure to out-achieve and out-maneuver our peers early on in life can be daunting, but that pressure dissipates if we narrow down whom we genuinely want to impress. Maybe it’s a grandparent or a close friend. With this person or two in mind, we can focus more on our work and less on what everyone else around us is doing and saying.

7. You Can Learn More from Nature Than a News Binge Session | Bill McKibben, The Age of Missing Information

Though McKibben wrote this book in 1993 when television was the primary medium for news instead of the internet, the principle remains the same. So often we hear the argument that our ceaseless flood of information makes us “better informed” than previous generations. But, as McKibben argues, it’s quite easy to confuse information with wisdom.

What we gain in convenience and abundance we lose in contemplation and significance. What’s more, all of the time we devote to consuming information eats away at the opportunity to take action on behalf of that information. You won’t look at TV (or the internet) the same way after you read this.

8. You Don’t Have to Feel ‘Inspired’ to Be Productive | Oliver Burkeman, The Antidote

The daily routines of prolific artists, athletes and entrepreneurs rarely include techniques for ‘getting motivated.’ Michael Jordan didn’t have to listen to inspirational tapes to score 55 points in a playoff game. Steve Jobs didn’t have to attend motivational seminars to develop the iPhone. Their internal drive was enough to make it happen. Instead of oscillating between spurts of excitement and slumps of inactivity, they maintained a steady work process, regardless of their mood.

Trying to feel inspired adds another barrier between ourselves and our goal: in order to achieve this, I’ll get motivated, then get to work. But at the end of the day, 500 sloppy words, a less-than-perfect workout, or a troubling study session always trumps ‘feeling inspired.’

9. You Can’t Learn What You Think You Already Know | Epictetus, The Discourses of Epictetus

In reality, nobody ever completely “masters” any subject — there is no endpoint, per se. Even Socrates admitted his strength was that he knew nothing. Rather, mastery is just an ongoing process of absorbing new information and experiences that shapes us into better versions of ourselves. In this sense, then, you should always be a student, even after you graduate.

10. Learn How to Say ‘No’ More Often | James Altucher, The Power of No

As an up-and-comer, it’s tempting to grasp at every single opportunity to go out, explore, spend money, join clubs, or make a few extra bucks. We want to beef up our resumes and prove we’re capable of handling a professional workload.

As Altucher argues, however, our lives are defined not by how much we can cram into 24 hours, but by what we have the guts to say no to. As much as we want to be independent, our schedules often don’t reflect that desire. Turning down opportunities is initially uncomfortable, but you’ll thank yourself later.

11. Master the Little Things | Bill Walsh, The Score Takes Care of Itself

It might seem cliché to talk about “doing the little things right” until you realize Bill Walsh won multiple Super Bowls under that simple premise. Walsh didn’t set long-term goals as the San Francisco 49ers head coach, but instead required the entire organization to adhere to his Standard of Performance: wear your uniform correctly, execute plays down to the inch, control your temper at all times.

These are just a few rules he implemented when the 49ers (which went 2-14 the prior year) hired him. He knew that if everyone simply did their job, the results would compound and the score of each game would take care of itself.

A Super Bowl victory proved Walsh was right, and now his philosophy is adopted by leaders in all walks of life, not just coaching. At its heart, this book isn’t about football — you don’t even need to understand sports to appreciate Walsh’s lessons: focus on what’s right in front of you and do it well; determine what’s under your control, and master it. The score will take care of itself.

Take Your Education Into Your Own Hands 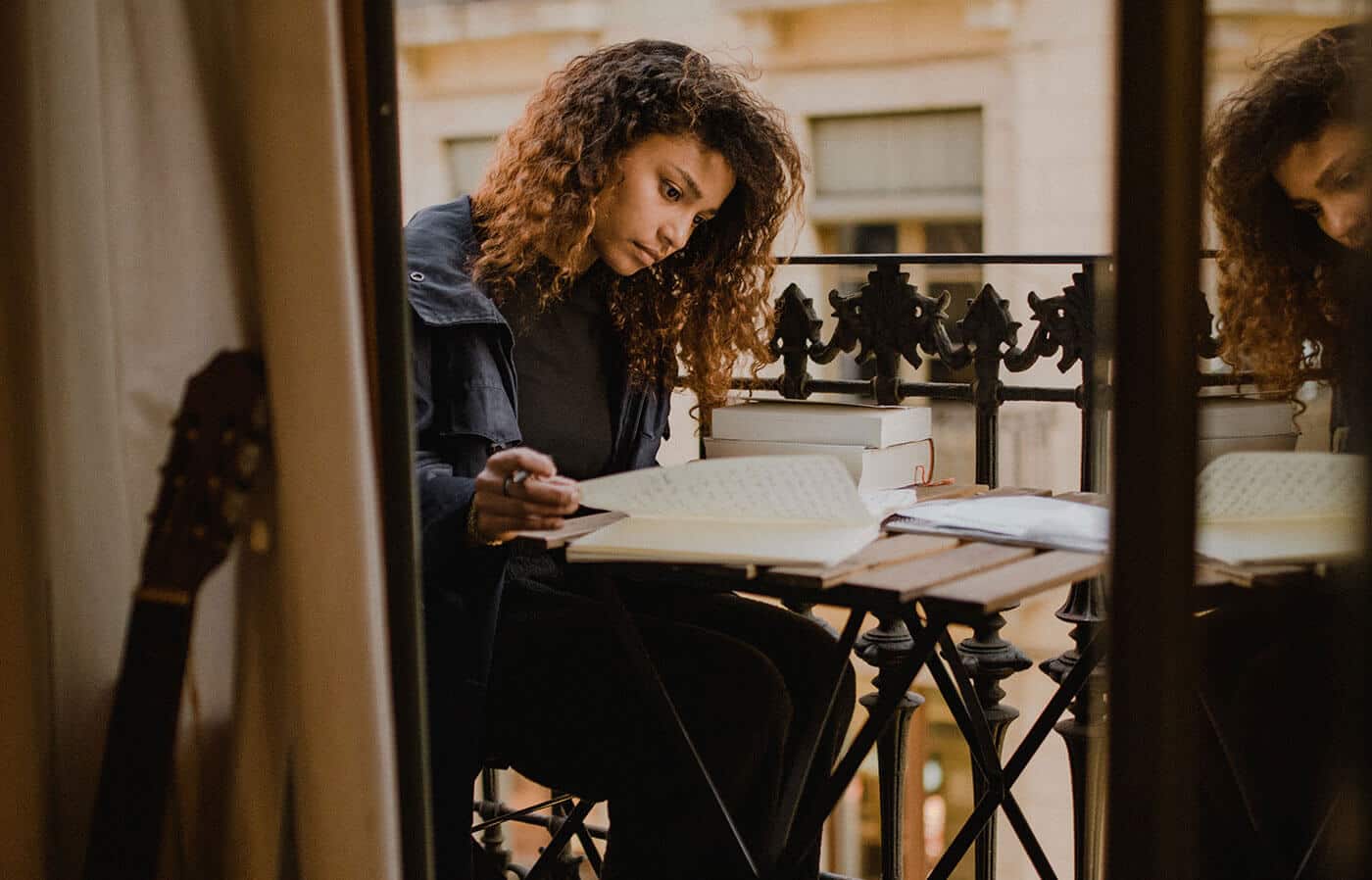 “I have never let my schooling interfere with my education,” said the novelist Grant Allen. I think he would agree that these books, and the lessons within them, are sure to expand your mind beyond what’s expected for any class.

Don’t get me wrong: a college education is valuable, and in some cases essential, to propel your personal and professional life. That being said, some of life’s most important lessons aren’t included in a college curriculum. This isn’t a cheap shot at universities, it’s a reminder that, no matter what, you ultimately decide what you want to learn.